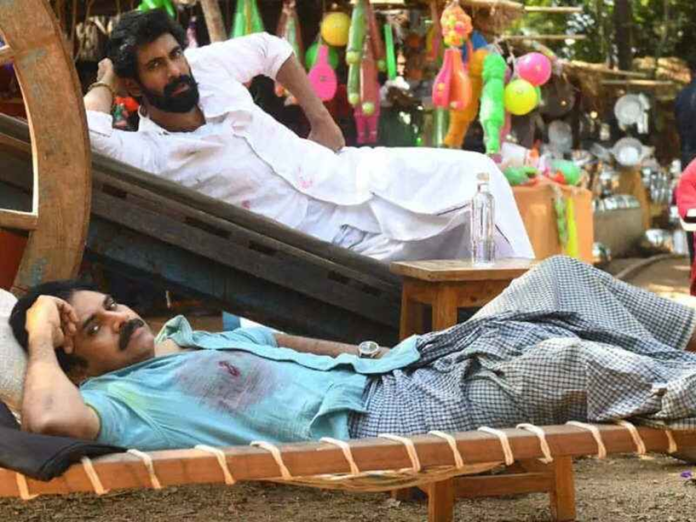 Hyderabad: Actors Pawan Kalyan and Rana Daggubati-starrer ‘Bheemla Nayak’ are gearing up for its release soon. The makers, who are shooting for some final sequences, are to wrap up the shooting formalities in a couple of days.

It is reported that Pawan Kalyan, who participated in the shooting for a promotional song earlier, will wrap up the schedule by Wednesday.

The makers will apparently break the pumpkin (a ritual done by the movie-makers at the end of the movie’s shooting) after the song picturisation. If the reports are to be believed, Pawan Kalyan has expressed his happiness over the output of the movie and has appreciated director Sagar K Chandra for his hard work.

The censor formalities will be wrapped up soon, as suggested by sources.

The makers will announce the exact release date of the action drama in a couple of days. ‘Bheemla Nayak’ producers had previously given two possible release dates, from which one will be chosen.

‘Bheemla Nayak’ is the original remake of the Malayalam movie ‘Ayyappanum Koshiyum’, as Pawan and Rana will reprise Biju Menon and Prithviraj Sukumaran respectively.

The mvoie is produced by Naga Vamsi, while Trivikram Srinivas has penned the dialogues and the screenplay.

S Thaman has scored the music for the Sithara Entertainments production.