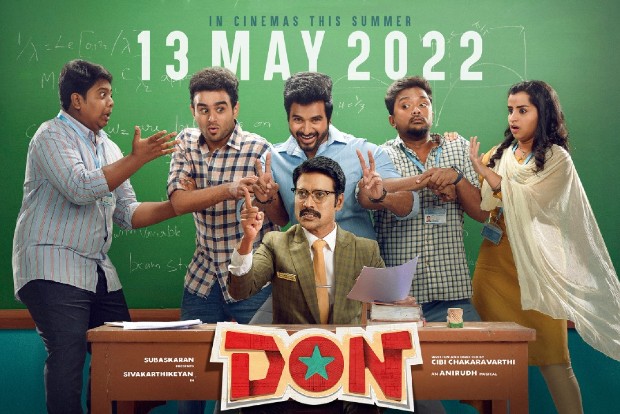 Sivakarthikeyan’s ‘Don’ finalised to release on May 13

Makers of the film, Lyca Productions on their Twitter handle on Wednesday announced “Dear fans, we hope you shower us with the same excitement & love as you always do.
The Post says “We would like to start by thanking Mr.Sivakarthikeyan for his humble gesture in helping us postpone the release date of Don, as the previously planned release date coincided with the release date of RRR (25th March 2022), and both the films are our esteemed projects.” (sic)

Don’s music has been composed by Anirudh Ravichander and the cinematography is handled by K.M.Bhaskaran and Nagooran. The movie also has SJ Suryah, Priyanka Arul Mohan and Samuthirakani in lead and supporting roles respectively.