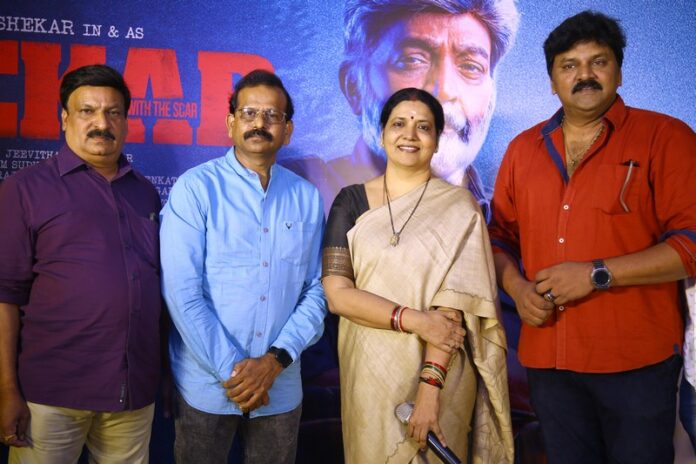 Rajasekhar’s ‘Shekar’ to be released in theatres on May 20

‘Shekar’ is the 91st movie in the career of Dr. Rajasekhar. His elder daughter, Shivani, has played a crucial role in the movie. She has played Rajasekhar’s daughter in it. This is the first-of-its-kind collaboration of a father and a daughter on the silver screen. The film is directed by Jeevitha Rajasekhar, who has also penned the thriller’s screenplay. Beeram Sudhakara Reddy, Shivani Rajashekar, Shivathmika Rajashekar, and Boggaram Venkata Srinivas have joined hands to produce it on Pegasus Cinecorp, Taurus Cinecorp, Sudhakar Impex IPL, and Tripura Creations. ‘Shekar’ is presented by Vankayalapati Murali Krishna.

Come May 20, ‘Shekar’ is going to be released in theatres worldwide in collaboration with Venkata Sai Films’ Muthyala Ramdass garu. On Saturday, the makers unveiled the film’s release date poster. 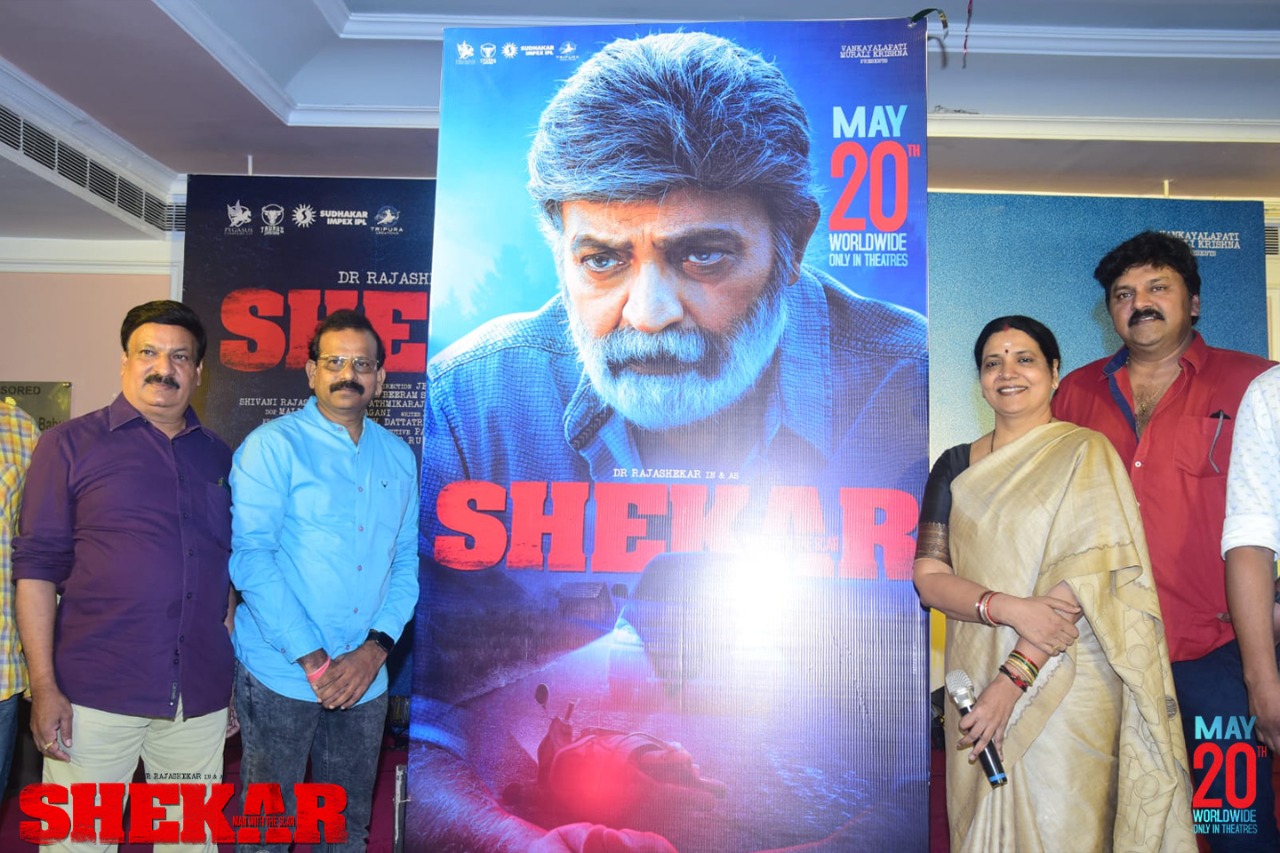 Speaking on the occasion, producer Boggaram Venkata Srinivas said, “My partner Beeram Sudhakar had supported ‘PSV Garuda Vega’ financially. When Rajasekhar garu expressed the desire to do ‘Shekar’, we came forward to be its producers. The hero has donned a different get-up in ‘Shekar’. Emotions, action and sentiment are in good dose. I am very happy with the product. Rajasekhar garu worked with dedication despite his health issues. I thank my fellow producers and presenter. Muthyala Ramdass garu came forward to release the movie worldwide after watching the content. I thank him on this occasion.”

Director Jeevitha said, “I thank the producers and presenter for supporting us. ‘Shekar’ is a heart-touching movie. You will see relatable family emotions in the era of Covid-19 in our movie. The audience have always been embracing films laced with emotions. Rajasekhar garu has scored hits with films like ‘Gorintaku’, ‘Akka Mogudu’, ‘Maa Annayya’, ‘Simha Rasi’. ‘Shekar’ is a notch higher. Rajasekhar garu is attending the look test for his upcoming movie. That’s why he is not here today with us. ‘Shekar’ will be an unforgettable movie. Artists and technicians have supported us fully.”

“Several rumours have been created about an arrest warrant. Let me say that nobody has arrested me. It’s true that a warrant has been issued. My legal team is responding to the same. We have been alert ever since we came to know about the summons. When the court gives its verdict, everyone will come to know the truth,” Jeevitha said, adding that the issues concerning producer Koteswara Raju will become known to one and all soon. She suggested that the intentions of the other side are not well-meaning. “Nobody can defame me. I am honest enough to admit to a mistake if I really commit one,” Jeevitha said, adding that her conscience is clear.

Muthyala Ramdass said, “I have a lot of respect for Rajasekhar garu. You are going to see a new Rajasekhar garu in ‘Shekar’. I have watched the movie. The output is superb. That’s why I have decided to release it on May 20.”

Actor Bharani Shankar said, “I thank the director for the good character. This is my first movie with Rajasekhar garu. During the making of some scenes, I was moved to tears. His performance is outstanding. Anup Rubens’ music is top-notuch. You are going to enjoy the songs and the scenes. I thank the makers for this opportunity.”

Actor Ravi Varma said, “Doing this film has been an emotional journey. I am happy that I got to work with Rajasekhar garu. He would make us laugh on set every day. I enjoyed a lot doing ‘Shekar’. This is not a regular movie.”

Cinematographer Mallikarjun Naragani said, “Jeevitha garu game a huge responsibility of doing this project. I never imagined that I would be doing a film of this scale. All credit goes to Jeevitha garu.” 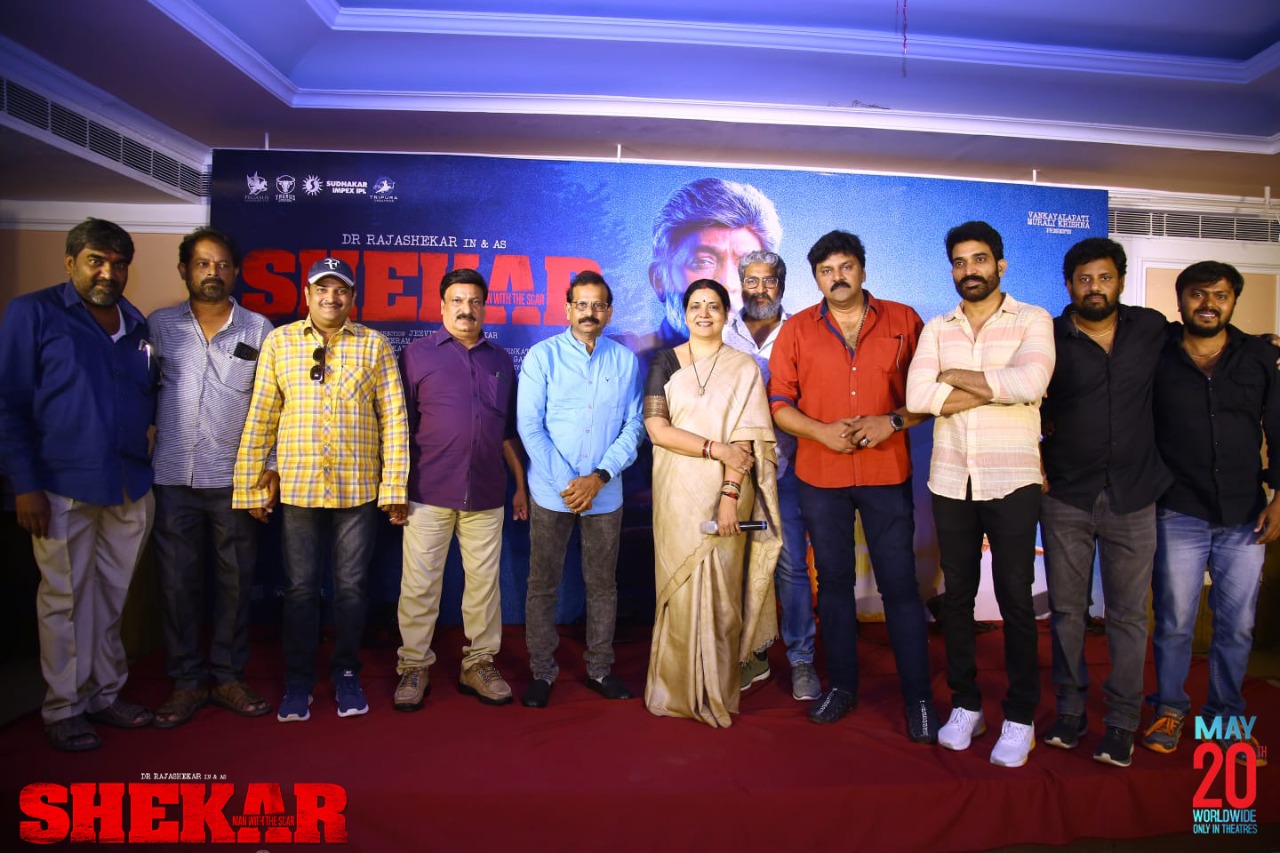 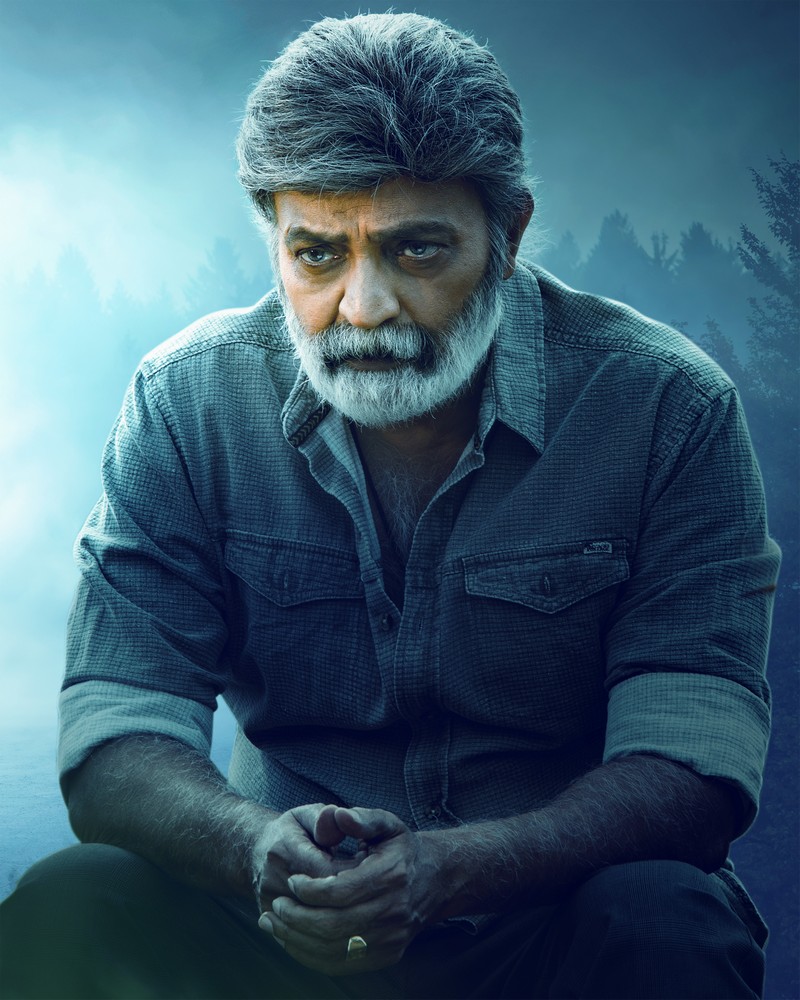 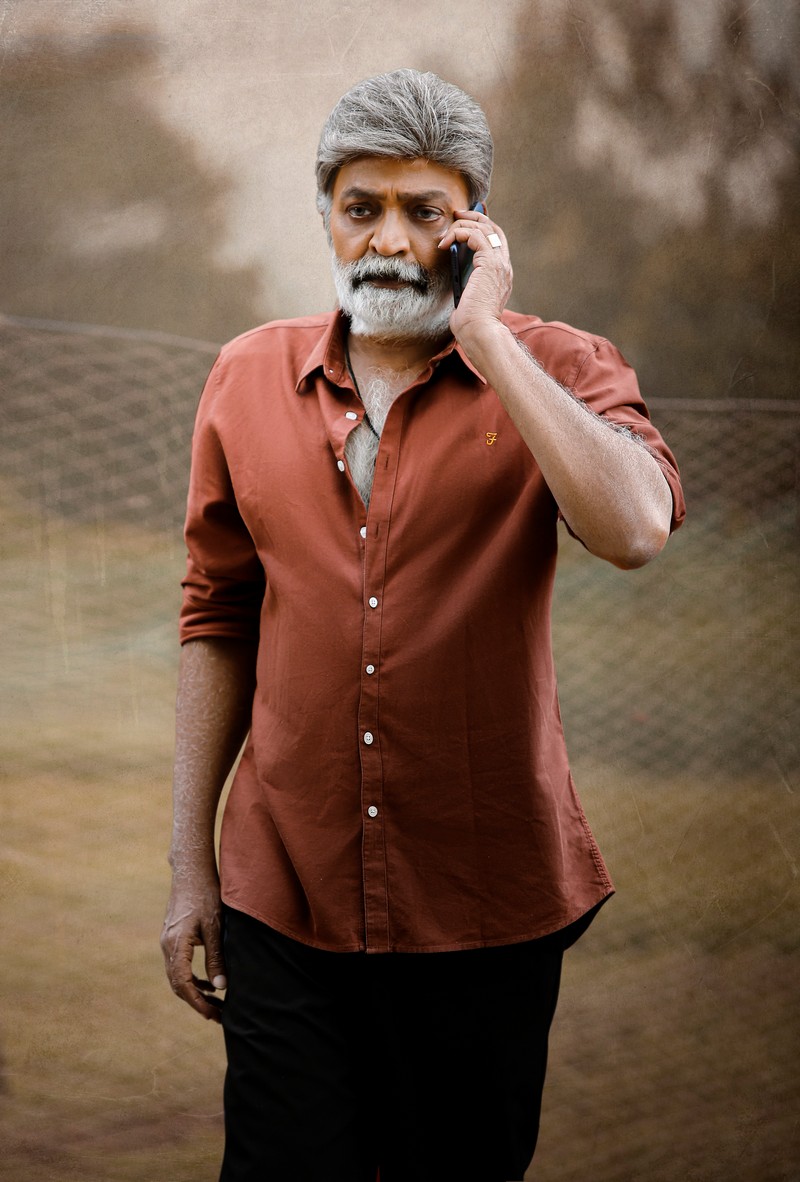