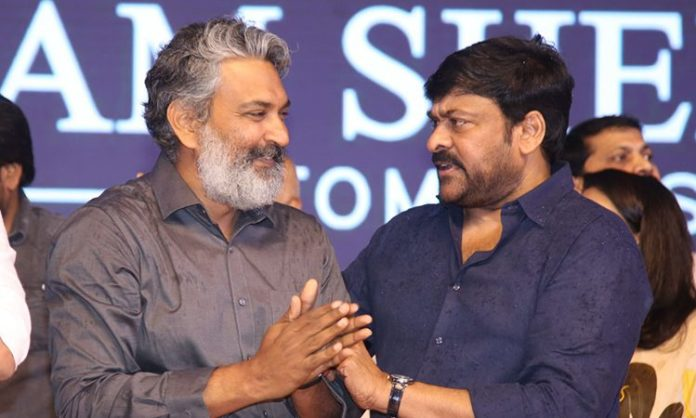 Rajamouli to announce a film with Chiranjeevi

Rajamouli is on top of his game with back-to-back hits in his career. He has given the biggest hit in the form of RRR and is now busy with the works of Mahesh Babu’s next.

He will be the chief guest at the pre-release event of Acharya later today and for the last two days, there has been a gossip going around that Rajamouli will make an announcement that he will work with Chiranjeevi very soon.

Chiranjeevi has also revealed in the past that he would also love to work with Rajamouli. For now, Rajamouli is all set to take Acharya to the next level with his presence at the pre-release event.