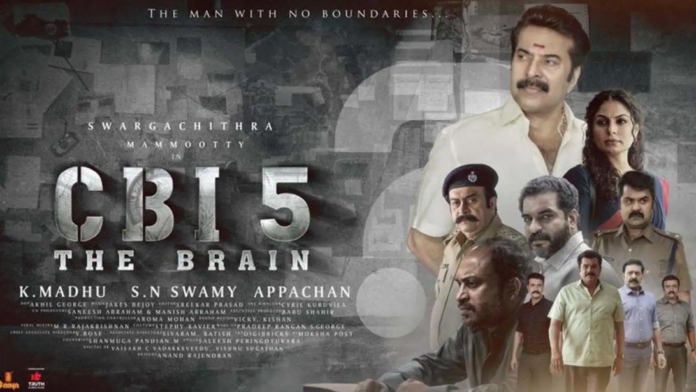 ‘CBI 5: The Brain’ is being directed by K. Madhu and will feature Mammootty as the legendary Sethurama Iyer, an officer with the CBI.

The fifth film in the immensely popular CBI franchise – ‘CBI 5: The Brain’ – featuring Malayalam superstar Mammootty in the lead, is to release on May 1, its makers announced on Monday. Mammootty took to Twitter to make the announcement. He tweeted, “‘CBI 5 The Brain’ releasing worldwide on May 1, 2022.”

The actor also shared a poster of the film which made it clear that the Censor Board had cleared the film for release with a U/A certificate.

As in the case of all the earlier films from the franchise, this Malayalam film too is being directed by K. Madhu and will feature Mammootty as the legendary Sethurama Iyer, an officer with the CBI.

The story of this investigative thriller has been written by S.N. Swamy, who also wrote the stories of the other four Malayalam films in the franchise namely ‘Oru CBI Diary Kurippu’, ‘Jagratha’, ‘Sethurama Iyer CBI’ and ‘Nerariyan CBI’.

Sources in the industry say that this time around, the plot of the film will revolve around something called as Basket Killings.

Apart from Mammootty, the film will also feature Asha Sharath, Renji Panicker and Mukesh among others.