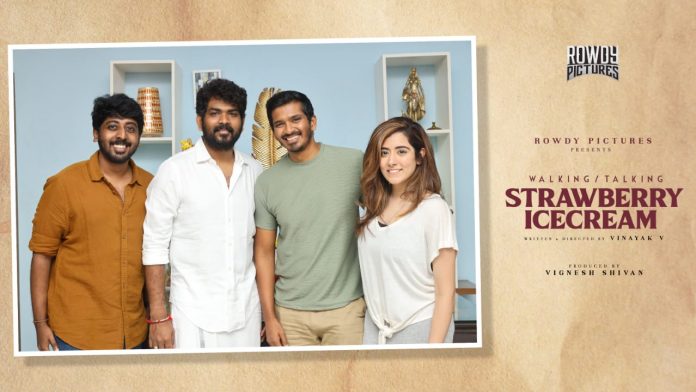 Rowdy Pictures has produced and presented films like Rocky and Koozhangal with the latter already winning the acclaims at International film festivals. The shooting of production house’s third outing ‘Walking/Talking Strawberry Ice Cream’ commenced this morning with a ritual ceremony. Vinayak, an associate of Director Vignesh Shivan in Naanum Rowdy Dhaan and Thaana Sendha Kootam makes his directorial debut with this film, which is a romantic entertainer. Soorarai Pottru fame KK is playing the lead role and playback singer Jonita Gandhi makes her onscreen debut with this film with a few more interesting actors and talents to join.

The music director of the film is yet to be finalized. C.H. Sai (Former assistant to Rathnavelu) is handling cinematography and Kamalnathan is the art director. Major portions of the film will be shot in and around Chennai. 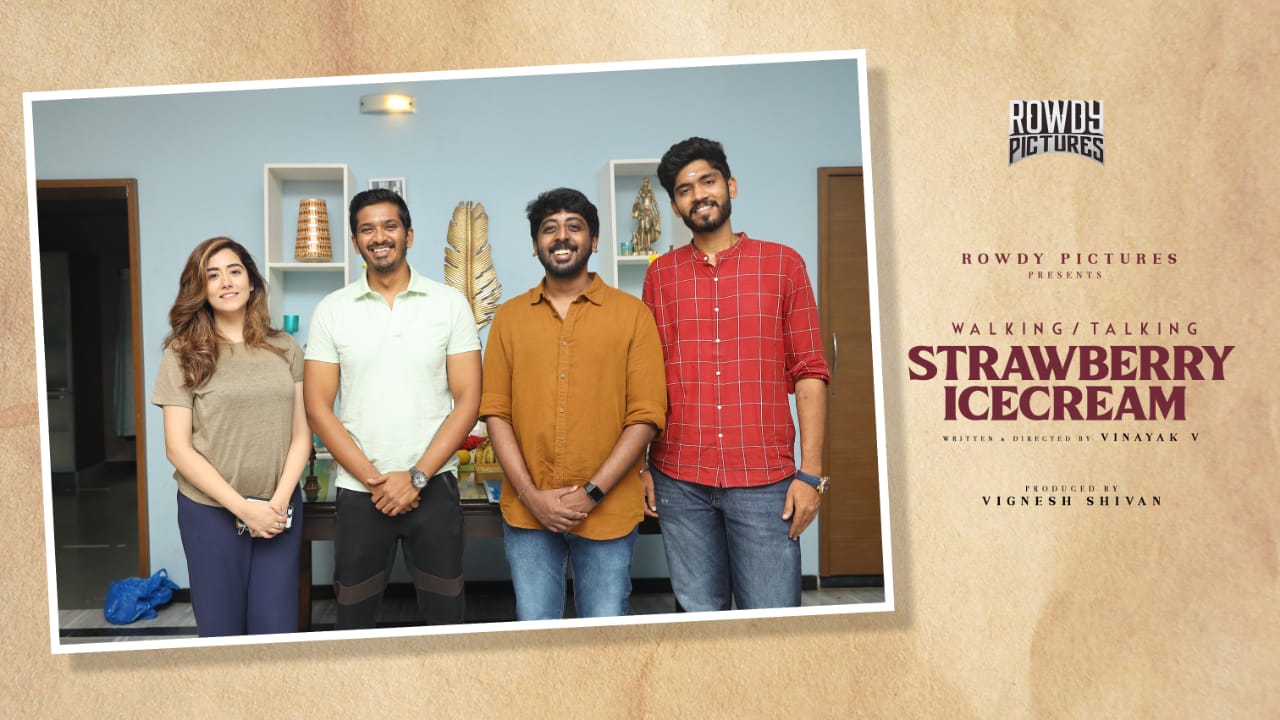 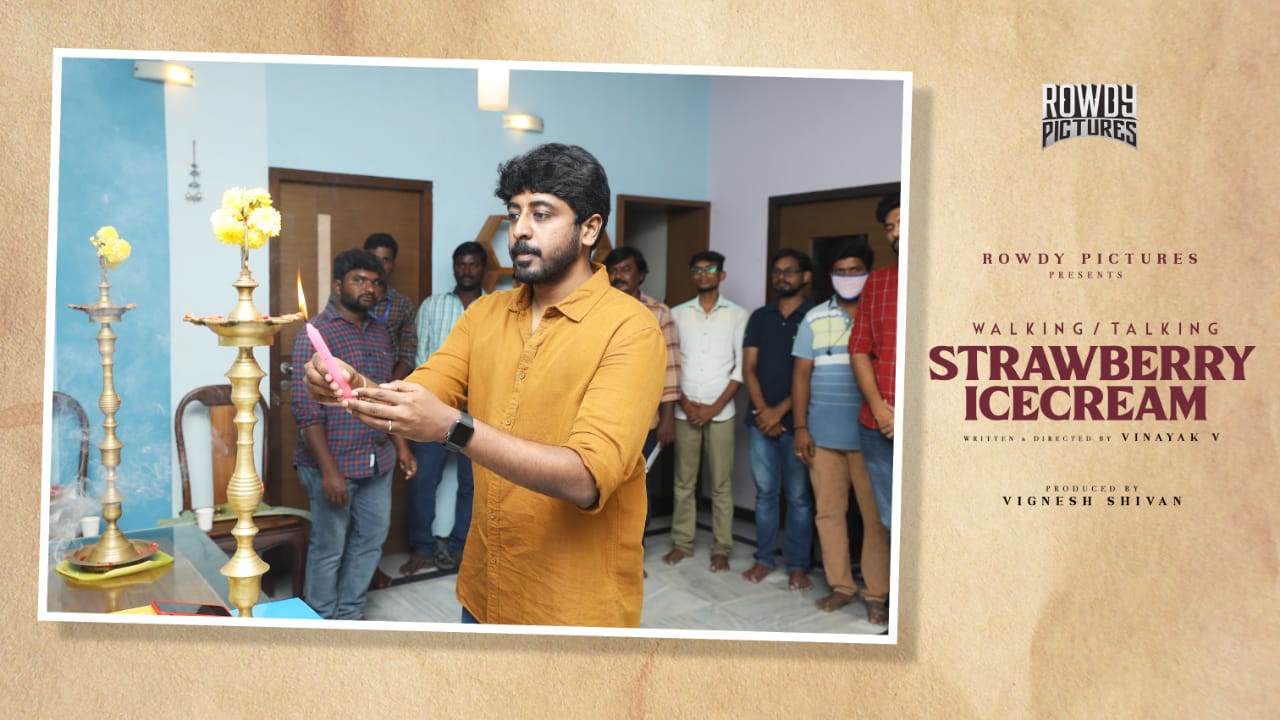 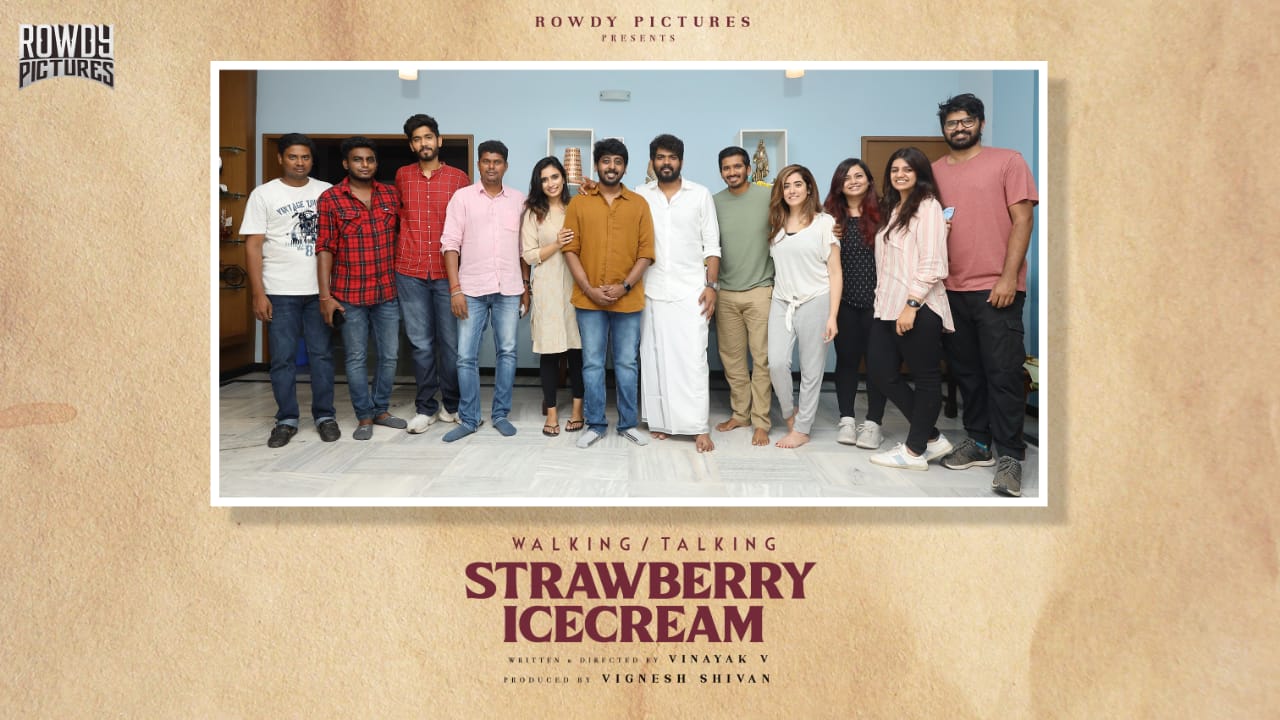