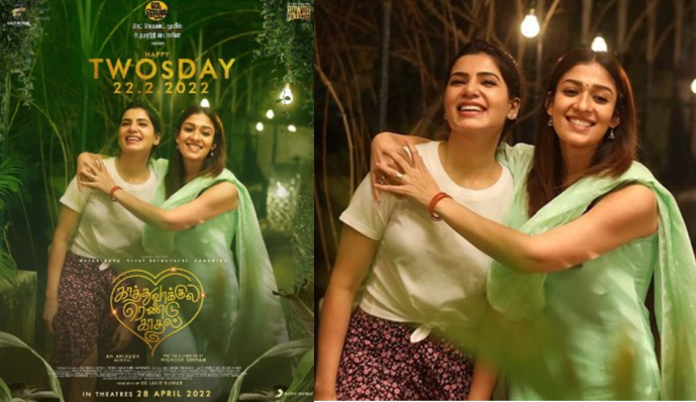 Director Vignesh Sivan on Tuesday shared a BTS video of shooting one of their film posters from the sets.

The director sharing the video, captioned the post ‘When I made Titanic with one Jack and two Roses. Special clip from BTS for all #Kaathu Vaakula Rendu Kadhal fans around’.”

Minutes after the video was shared, actress Samantha penned a heartfelt post on her special friendship with Nayanthara as both will be sharing screen space for the first time in the film. The actress on the palindrome date captioned the post with a picture ’20:2 On 22.2.2022, to our special friendship #Nayanthara. She’s not on social media but she sends you her love’.

Kaathuvaakula Rendu Kaadhal has been produced by Rowdy Pictures and Seven Screen Studios. Anirudh Ravichander has composed the music, while Vijay Kartik Kannan has handled the cinematography. The film is slated to release on April 28.