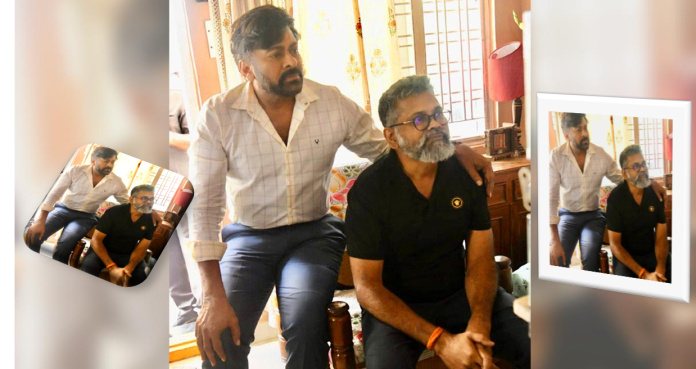 Megastar Chiranjeevi, who will next be seen in Koratala Siva’s directorial ‘Acharya’, shared an update regarding his collaboration with ‘Pushpa’ director Sukumar.

The ‘Indra’ actor, who took to his social media websites, announced that he has joined hands with Sukumar for an ad shoot. Writing a small note about Sukumar, Chiranjeevi shared a couple of pictures from the sets of the advertisement shooting spot.

Chiranjeevi, who penned a simple post, wrote, “Everyone is aware of Sukumar’s talent. Now that the director has shot an ad shoot with me, I am glad to have worked with him”.

On the other hand, Chiranjeevi is having a tight schedule, with ‘Bholaa Shankar’, ‘Godfather’, and ‘CHIRU 154’ in the making.

‘Acharya’ is up for a grand theatrical release on April 29.