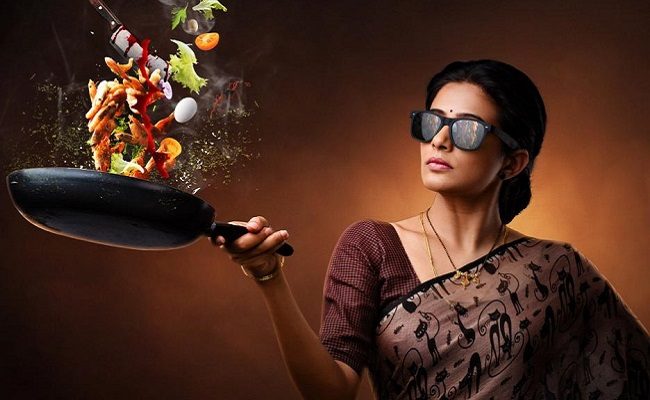 Telugu OTT platform, Aha, is leaving no stone unturned to attract movie buffs with non-stop entertainment on its platform.

In yet another intriguing attempt, the digital streaming platform is coming up with a new web original, Bhamakalapam, which marks the Telugu OTT debut of popular actress Priyamani.

The makers of the web film today unveiled the teaser, which looks impressive. The short video introduces Priyamani as Anupama, who is a homemaker in an apartment complex.

Going by the teaser, the actress seems to irk the other residents of her apartment complex by gossiping about them. However, with a murder, everything changes from her ordinary life. Kollywood actor John Vijay is seen in an important role.

The teaser also reveals the release date of Bhamakalapam. The web film will be released on 11th February. Directed by Abhimanyu Tadimeti, the film is produced by Sudheer Edara and Bogavalli Bapineedu under SVCC Digital.