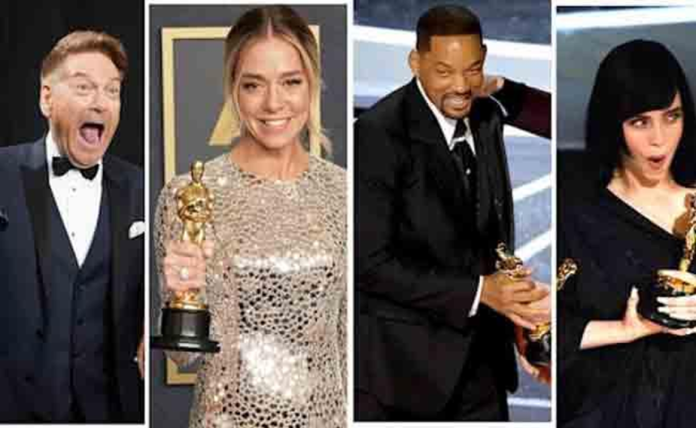 Oscars 2022: The Oscars 2022 ended on 27th March 2022. The 94th Academy Awards ceremony was held in Los Angeles’ Dolby Theatre. Unlike the past two years, this time the ceremony was held physically, whereas the last two Oscars went on virtually due to the COVID pandemic. This time also the 94th ceremony was supposed to be held early in March but was delayed and finally held on Sunday.

This time there are many notable films, actresses, and actors in the race for the Oscars.

So here is the list of Oscars 2022 winners in the prominent categories:

Best Director- Jane Campion (The power of the Dog)