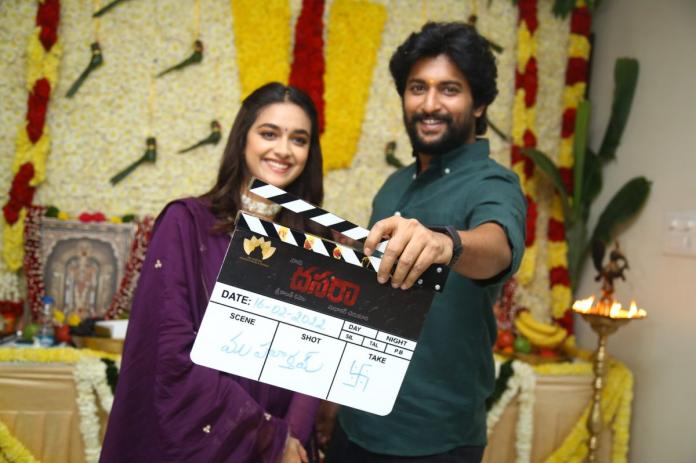 By now, everyone knows that Natural star Nani has joined forces with debutant director Srikanth Odela for his forthcoming film titled Dasara. Starring Keerthy Suresh as the female lead, the film went on floors today, February 16, in Hyderabad. The lead pair and the rest of the cast and crew attended the pooja ceremony.

Nani and Keerthy sounded the clapboard. The film’s shooting will commence in March. Unlike his boy-to-next-door roles, Dasara will feature Nani sporting a rugged look.

Popular Malayalam actor Roshan Mathew will play a very crucial role in the film. Set in a village situated in Singareni Coal Mines in Godavarikhani, the mass drama will also feature Samuthirakani, Sai Kumar and Zarina Wahab in key roles. The film will have music by Santhosh Narayanan with Sathyan Sooryan ISC handling cinematography. Sudhakar Cherukuri is producing the film under his Sri Lakshmi Venkateswara Cinemas (SLVC) banner.