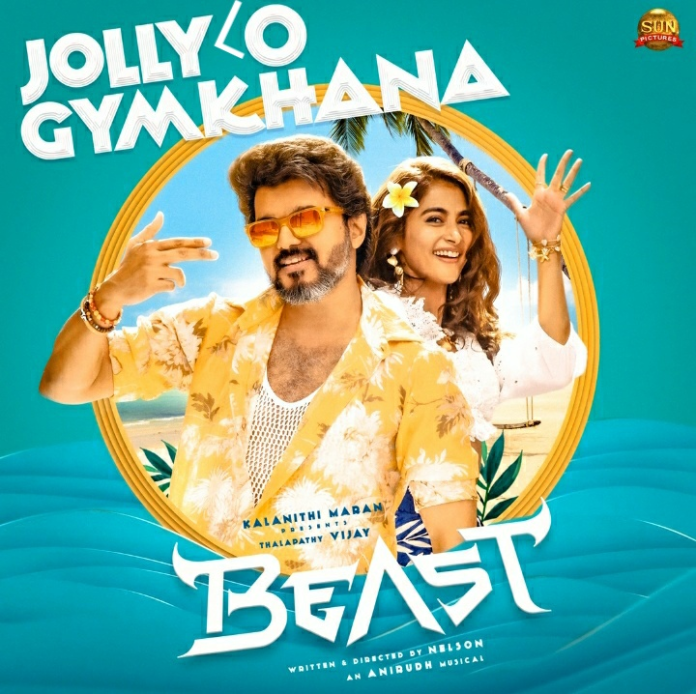 After the first single Arabic Kuthu went viral on the internet, the makers of Thalapathy Vijay’s Beast have released the second lyrical song titled ‘Jolly O Gymkhana’ and it is sung by Vijay himself. The peppy number, composed by Anirudh Ravichander, is penned by Ku Karthik.

Set in a beachy environment, Vijay and Pooja Hegde have set the dance floor on fire with their impressive dance moves. The energetic dance number is sure to set more records on YouTube, as it is an absolute treat and earworm.

Directed by Nelson Dilipkumar, the film is produced by Sun Pictures and is set to hit the big screens in April 2022.