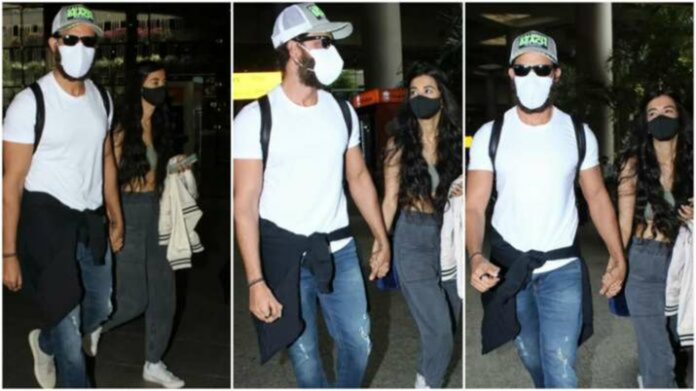 A few weeks back, images of Hrithik Roshan with a mystery girl snapped at a restaurant in Mumbai went viral and so much was said about it.

Later, news came out that the girl in the pictures was Saba Azad, an upcoming actress. Hrithik has been in a relationship with her for over a year now but did not make it official yet.

But today, Hrithik made his relationship official as he was seen coming out of the airport walking hand in hand with Saba Azad. The pictures have not gone viral on social media.

Hrithik’s parents have also given a green signal about his new relationship. The Mumbai media is filled with news that Hrithik might tie the knot soon. Let’s see what happens.