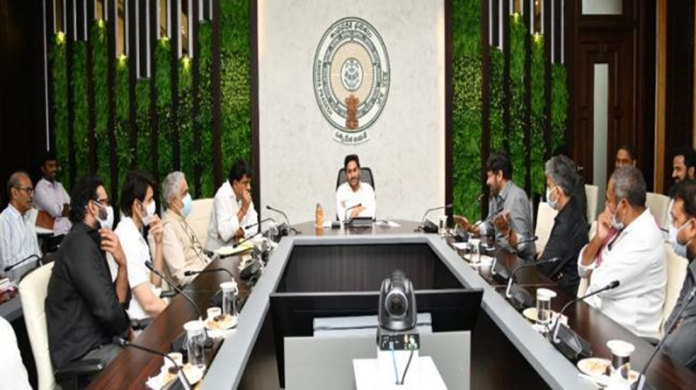 Andhra Pradesh Chief Minister YS Jagan Mohan Reddy urged the delegation to take steps in moving the film industry to Visakhapatnam and assured to provide all the needed support besides allocating lands. He said that Andhra Pradesh contributes more than Telangana with a share of 60 percent, consisting of a large audience and a large number of theaters. He said that the government would also provide lands for constructing studios in the port city as it has a lot of potential to flourish.

Later addressing a press conference, film star Chiranjeevi said that he was very happy with the talks and thanked the Chief Minister for providing such an opportunity to discuss the film industry issues. He stated that the ticket prices issue will be resolved by the end of this month, as the government is committed to give a supporting hand to the industry, especially for the survival of small budget films. Chiranjeevi said that a GO is expected by the end of this month and lauded the efforts of Cinematography Minister Perni Nani for working to resolve the issues amicably.