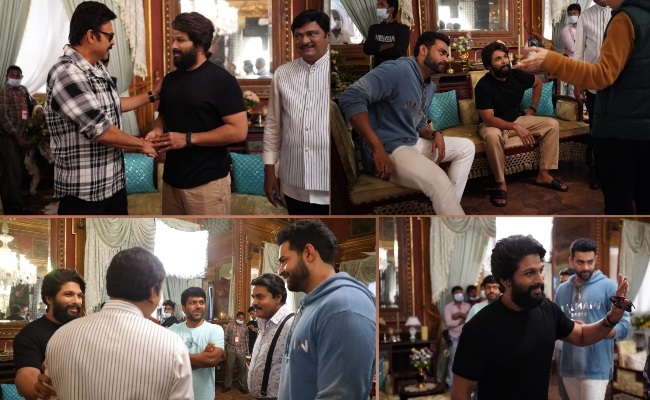 Anil Ravipudi’s latest directorial F3 is fast progressing with its shoot in Hyderabad and entire team is participating in the ongoing lengthy schedule.

Today, Icon Star Allu Arjun made surprise visit to the sets. He’s happy to meet and talk to his close ones.

Bunny shares good rapport with Venkatesh, Varun Tej is his cousin, while he previously worked with Rajendra Prasad and Sunil and he likes Anil Ravipudi’s direction.

Tamannaah Bhatia and Mehreen Pirzada are the heroines in F3 which is being mounted on large scale by Sri Venkateswara Creations.

On the other hand, Allu Arjun is presently working for Pushpa under the direction of Sukumar.