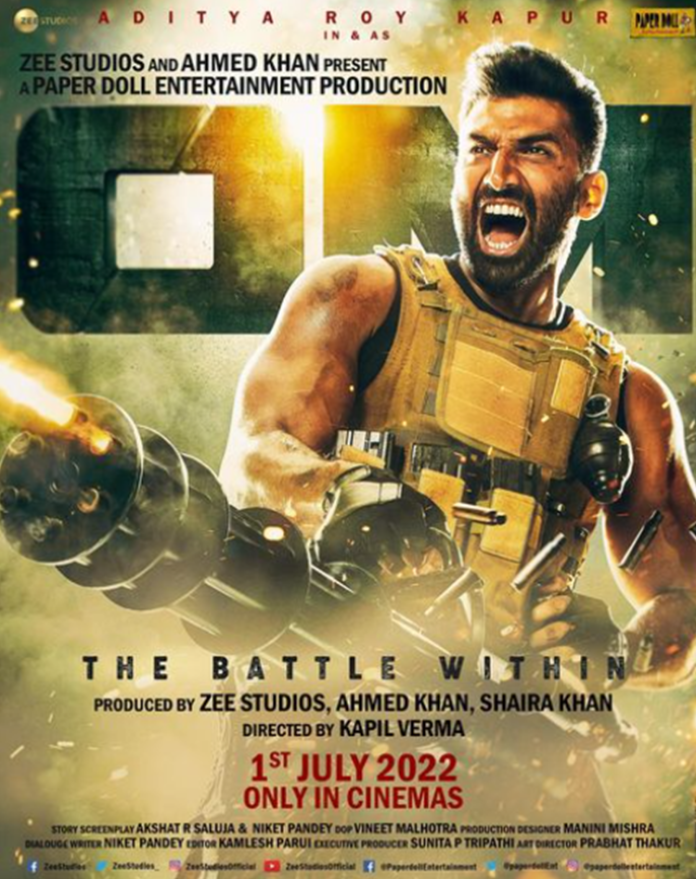 Aditya Roy Kapur’s ‘OM: The Battle Within’ to release on July 1

Mumbai: July will be special for Aditya Roy Kapur’s fans as he is all set to come up with his film ‘Om: The Battle Within’ on the very first day of the particular month, and that too in theatres. On Thursday, Aditya took to Instagram and shared the news with his followers. “OM! Set to explode on cinema screens worldwide on 1st July 2022. #OM: The Battle Within,” he wrote.
Alongside the update, he shared the film’s new poster, in which he can be seen in an action avatar.

Helmed by Kapil Verma, ‘Om: The Battle Within’ features Aditya opposite actor Sanjana Sanghi. The project is produced by Zee Studios, Shaira Khan and Ahmed Khan.