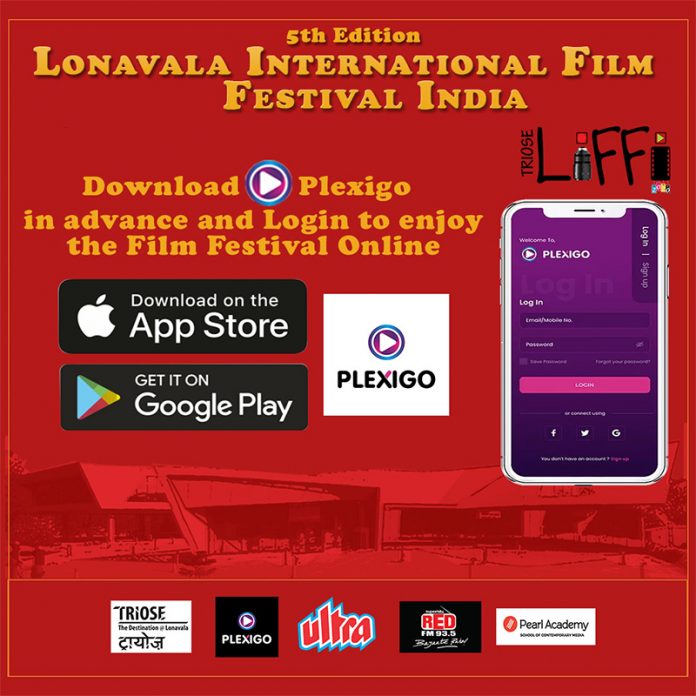 November 2020: The 5th Lonavala International Film Festival India (LIFFI) 2020 will be held online this year in view of the pandemic. People in large can watch the films by downloading the PLEXIGO ( A part of UFO Movieez}  App from the following link :

The earlier physical editions of the festival were held at Triose Plaza, Ryewoods, INS Shivaji Road, Lonavala.  In its 5th year LIFFI is paying a tribute to Shri N. N. Sippy : Prolific Film Producer and Distributor and will be screening some of his master pieces like : Woh Kaun Thi, Gumnaam, Devata, Sargam, Fakira, Chor Machaaye Shor and others. Apart from these, films like “Papa Kehte Hai “ & internationally acclaimed “Mukti Bhawan” will also be screened

Mr. Madhav Todi, Festival Director, LIFFI, says, “We have not let the pandemic break our spirit and hence are conducting the festival online this year. We wanted to continue our endeavour of entertaining & edutaining the people of India with interesting films and interactive master classes and workshops. This year we can’t organise a physical edition, though we have tried our best to put together an interesting selection for everyone to enjoy with their family from the comfort of their homes“

The highlight of the last year edition was a tribute to the veteran film maker Mr. Subhash Ghai by screening 9 of his films amongst others.  Mr. Ravi Gupta (Dean Whistling Woods) also graced LIFFI 2019. LIFFI 2018 paid a tribute to Shri Bimal Roy and screened several of his master pieces