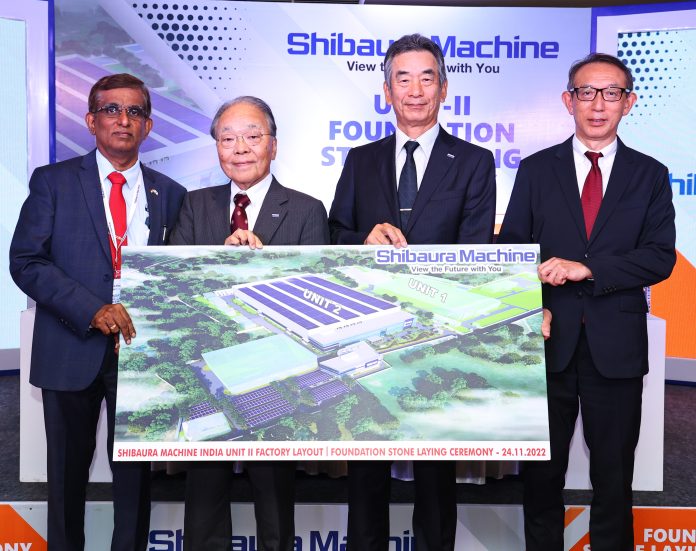 Chennai, The Chennai based Shibaura Machine India Private Limited (SMI) is a subsidiary of Japan’s Shibaura Machine, the leading manufacturer of high-precision injection moulding machine in the world, has announced its plans to invest Rs.225 crore in India primarily to expand its manufacturing capacity in Chennai, India.

SMI has a world class facility in Chembarambakkam, Chennai that manufactures about 1200 Injection Moulding Machines a year and its Auxiliary equipment. The machines find their applications in automotive, electrical, household & furniture, material handling, medical, packaging, preforms, PVC, toys, writing instruments, and other industries. The company has a growing customer base in India and over 45 countries in North America, the Middle East, East & West Africa, and the SAARC region. With the new investment plan, the manufacturing capacity of SMI will be increased to 3200 machines a year in a phased manner. 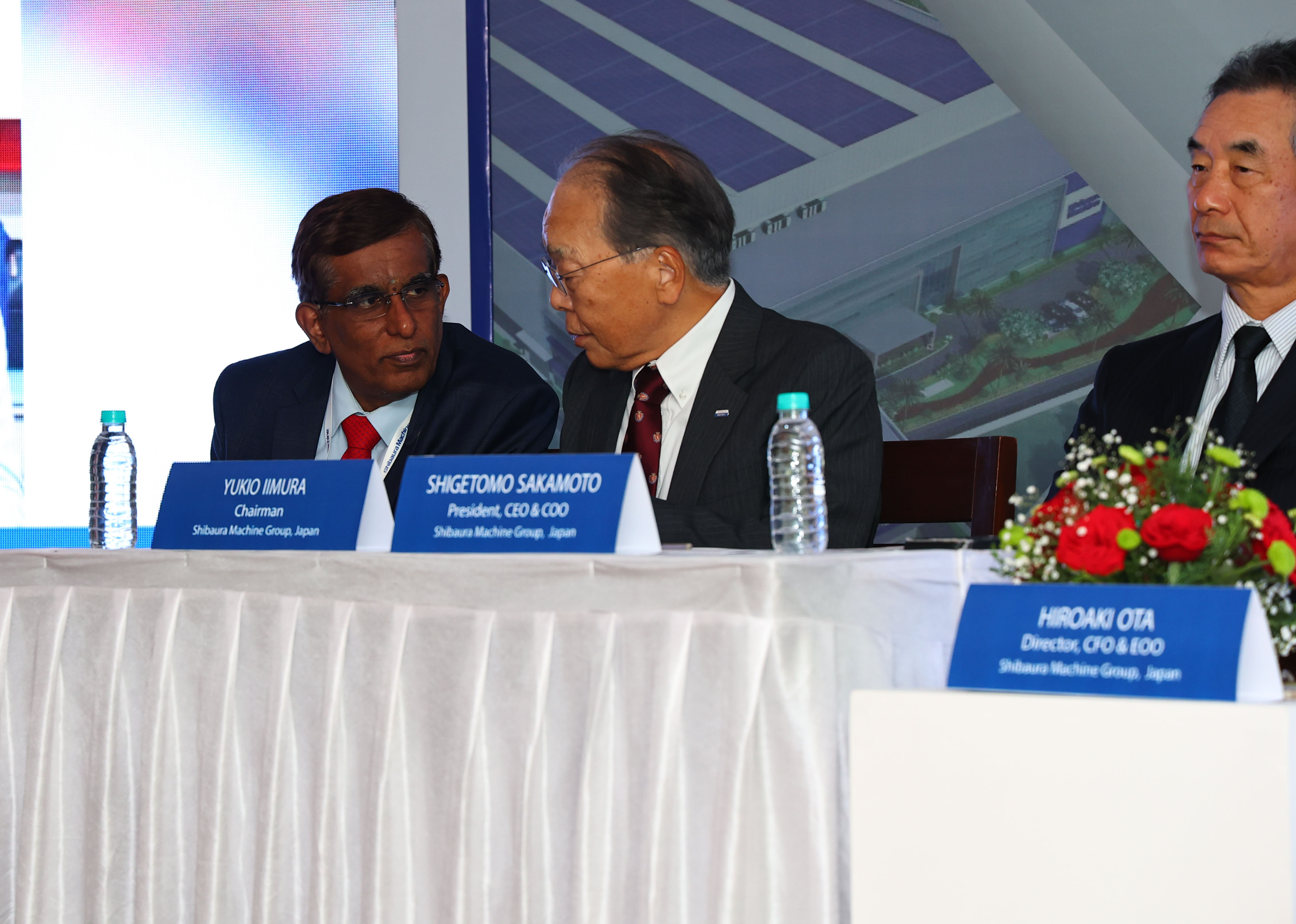 Shibaura Machine India began its operations with the takeover of the plastics machinery business of Larsen & Toubro in 2012. Celebrating its tenth anniversary this year, the company has recently laid the foundation stone for the construction of a new manufacturing facility at a sprawling 11+ acres, adjacent to its existing plant. The new factory is expected to begin its trial production by November, 2023. In the next 3-4 years, SMI is expected to create new jobs, increasing the team size. In addition, about 50 MSME vendors will be developed to cater to the need of increased capacity.

Announcing its investment plan in a press conference here today, Mr. Shigetomo Sakamoto, President, Shibaura Machine Group, Japan, said, “India has been a strategic investment destination for us, and it represents a growing market for our products. However, what makes the country even more attractive is its skilled and dedicated people. Over the years, the teams in Japan and India have nurtured a strong and fruitful partnership – as a result, SMI is able to carry out improvements in manufacturing processes, increase production, and bring to market the latest Japanese technology, all quite effectively and quickly. SMI is the very first unit outside Japan to have been recognised with the prestigious Shibaura Machine’s President Award for its performance and technology innovation. The Indian unit has won this coveted prize twice in three years. We are confident of what our Indian team can achieve in design, manufacturing, and customer service, in the years to come. We are equally committed to the government’s Make in India program. Our fresh investment will see doubling of production capacity, and rapid strides in the adoption of advanced material technology, control, mechatronics, and IoT in our Indian factories, in the next three years.”

In his comments, Mr. M. Kumar, Managing Director, SMI, said, “As we celebrate our 10th anniversary, we remember the tremendous faith our parent company, Shibaura Machine Co., LTD has reposed on us, and their support in our growth. Since takeover in 2012, SMI carried out improvements in manufacturing processes and increased its production capacity from 600 to 1200 machines per year and sales revenue tripled. We have made steady progress year after year, and have crossed the milestone of selling our 10,000th machine in 2019 and13,000th machine in Oct 2022. With the new investment, we will continue to grow our capacity and team. We will add new products, and increase our customer base, buoyed by the track record of being able to meet varied requirements of our customers and the stringent standards of importing countries USA, Africa, Middle East, South & Southeast Asia.” 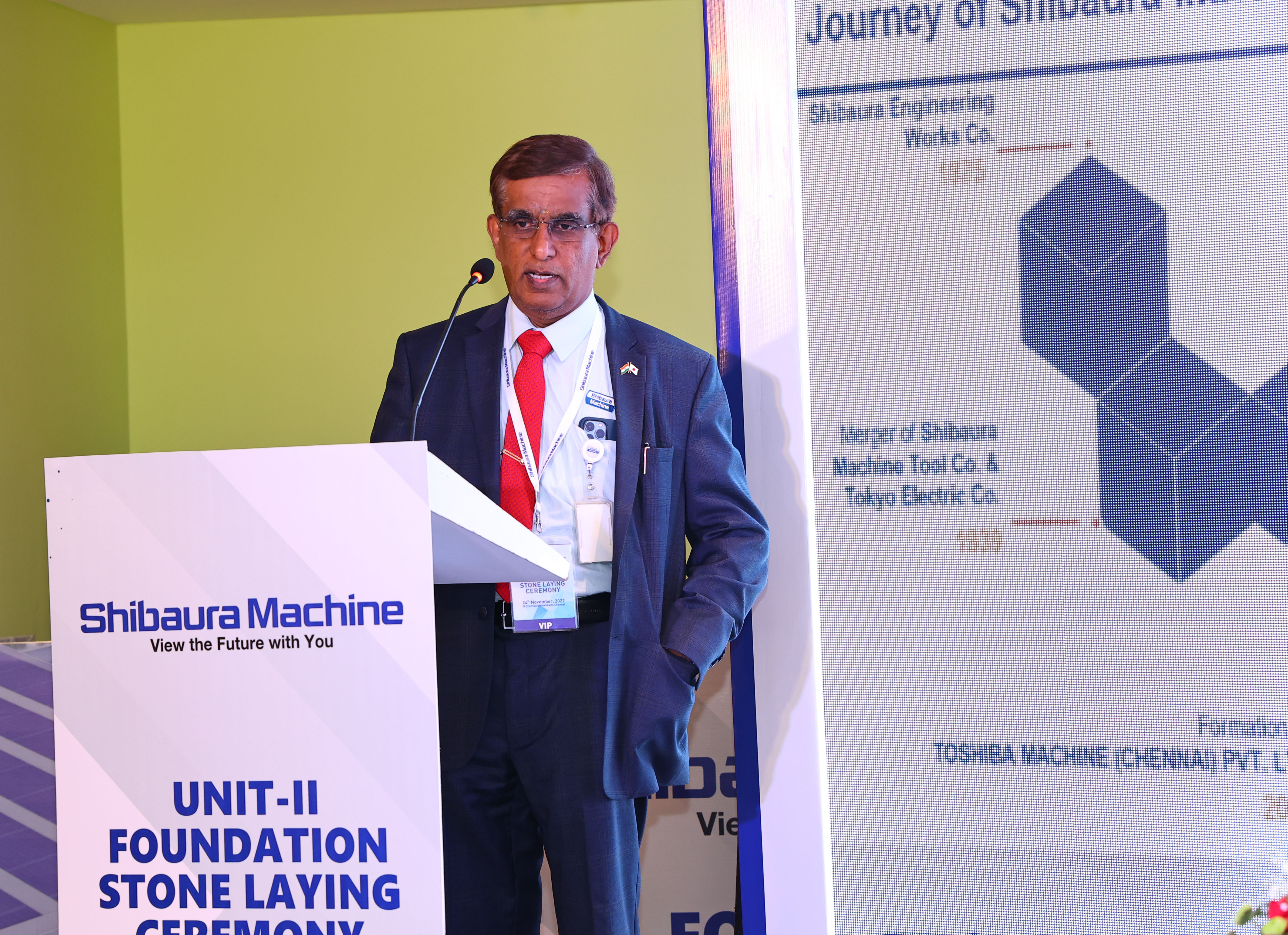 Shibaura Machine Group was founded in 1939 as Shibaura Machine Tool Company with investment from Shibaura Engineering Works (now Toshiba Corporation) in 1939, and changed its name to Toshiba Machine Co. Ltd in 1961.

Later, in April 2020, the company changed its name to Shibaura Machine Co., Ltd after becoming fully independent from the Toshiba Group. It has been a market leader and industry benchmark in high precision injection moulding machines in the world. Its product portfolio also includes machine tools, die casting equipment, industrial robots, and nano processing systems.

Shibaura Machine entered into manufacturing in India in 2012, acquiring 100% stake in L&T Plastics Machinery Limited, then market leader in hydraulic injection moulding machines in India. It was incorporated as Toshiba Machine Chennai private Limited, and in 2020, it was renamed Shibaura Machine India Private Limited. 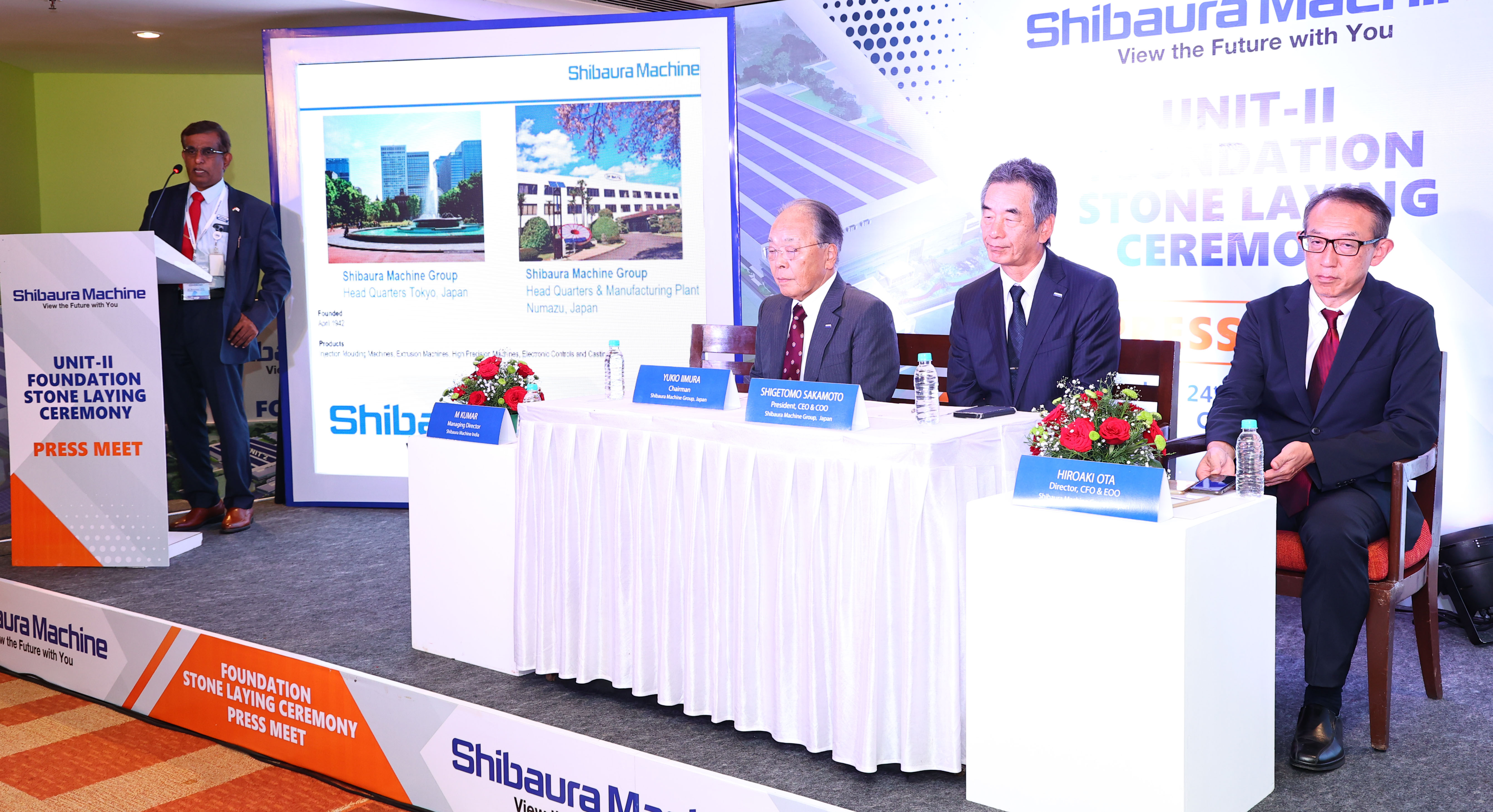 In 2019, the company has won the 10th National Awards, instituted by the Union Ministry of Chemicals & Fertilisers, for Technology Innovation in Petrochemicals & Downstream Plastics Processing Industry, for its ‘multi-colour/material’ Injection Moulding machine meant for the production of anti-counterfeit articles. For this innovation, SMI also won the coveted President’s Award from Shibaura Machine, becoming the first overseas unit to be honoured with this distinction.

SMI is strongly committed to CSR. As part of its skill development program, the company is running a Basic Training Provider program, recognised by the Ministry of Skill Development and Entrepreneurship, Government of India, to provide on job training to Class 10-12 students. Till now about 100 students were qualified for internships under the National Apprenticeship Certificate Scheme. It has constructed buildings for government schools, and funded overhead water tanks and roads in villages.