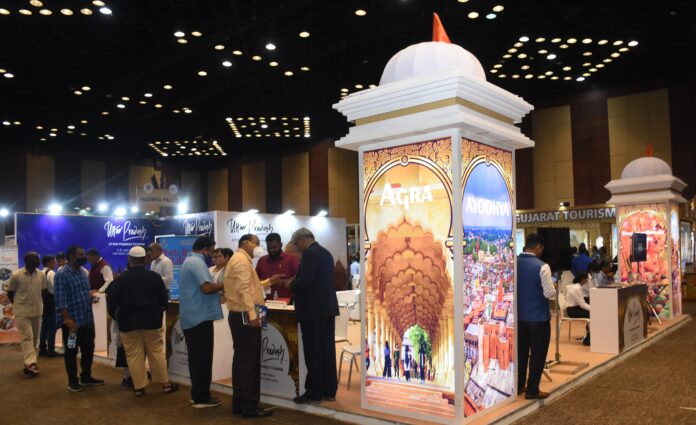 After a busy show, TTF Hyderabad concluded on a hopeful and celebratory note. Dedicated to boosting the revival of travel and tourism post-pandemic, the show left everyone with a lot to look forward to in 2022-23.

Hyderabad: After two years of pandemic-related disruptions, travel and tourism from India is bouncing back with full vigour. TTF Hyderabad, the best networking platform for Central & Southern India, celebrated a grand post-pandemic rebound of domestic and international travel, with over 150 participants from 4 countries and over 19 Indian states and UTs.

As per a new survey reports, about 91% of Indians, the highest among all surveyed countries, said they plan to book a dream vacation in 2022 which they normally would not have considered before the pandemic.

Post an extremely tough pandemic phase over the last two years, coupled with an increase in business travel, domestic leisure travel is the driving force behind the road to recovery. Domestic travel is expected to reach record-breaking numbers, with 68% of Indians expected to travel domestically in 2022 only, with the Central and Southern India markets playing a major role. According to reports, Kerala alone has attracted 3.8 million domestic tourists in Q-1 2022, registering 72.48% growth.

India’s domestic traffic is estimated to have grown by neqarly 59% year-on-year to 84 million in FY22. The industry is witnessing a long-expected surge in international bookings as well, as people seek to make up for two years of lost travel opportunities. Total demand for air travel in April 2022 (measured in RPKs) was up 78.7% compared to April 2021 and slightly ahead of March 2022’s 76.0% year-over-year increase.

Hotel occupancy surpassed pre-pandemic levels earlier in the year, reaching as high as 109% of the corresponding 2019 level on 25 March. As the growth momentum continued, April became the first month to hit the 65% occupancy threshold 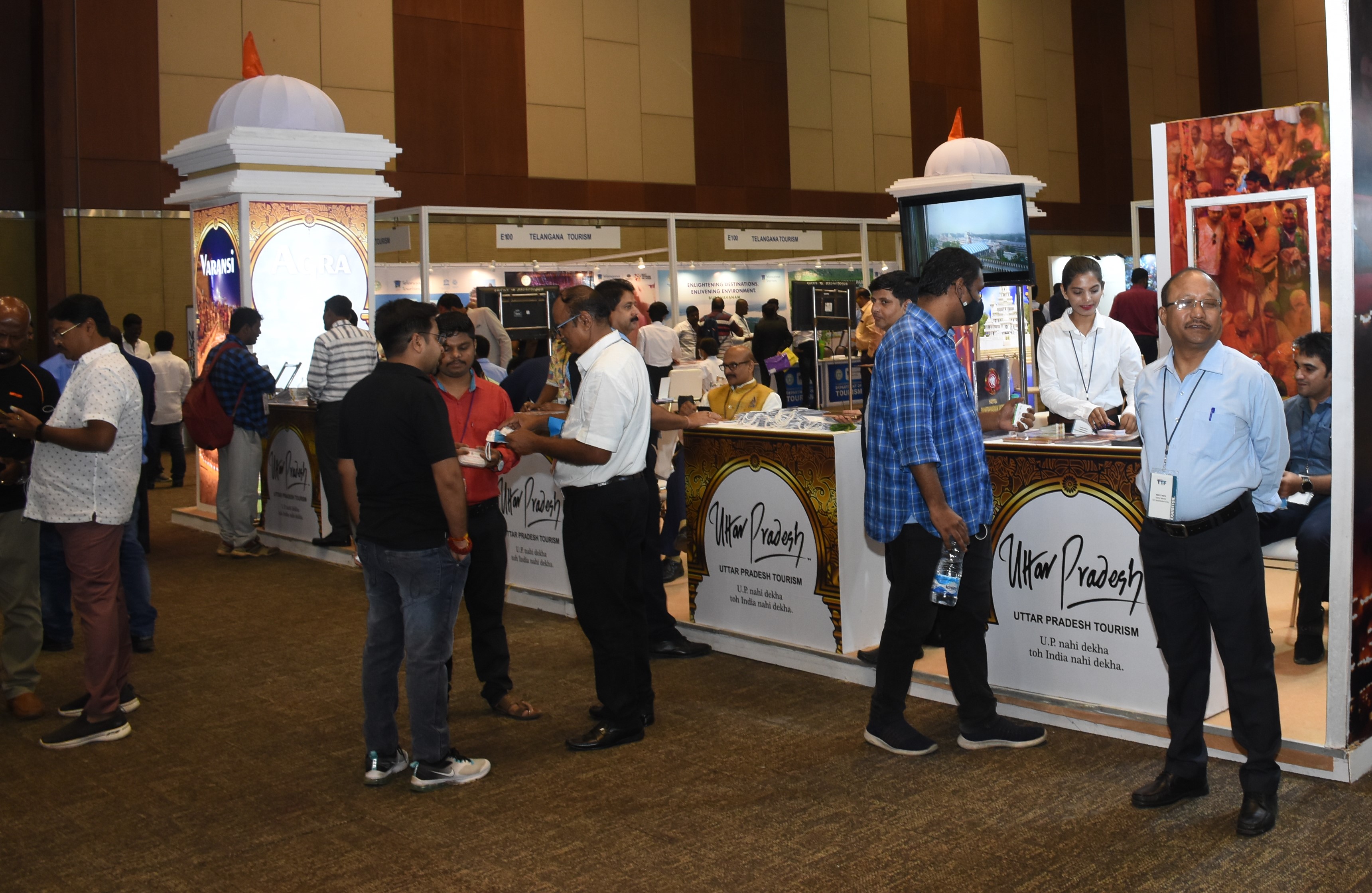 Tapping into this growing demand in the market, TTF – India’s largest travel trade show network in 9 Indian cities annually, branded as TTF, OTM and BLTM – is showcasing the grand revival of travel in all the major Indian travel markets. TTF Hyderabad assumed importance for catalysing this revival in South and Central India.

150+ participants from 4 countries and 19 Indian states and union territories exhibited at the Hyderabad International Convention Centre – HICC (Novotel), at the Travel & Tourism Fair, TTF on 5 & 6 July 2022.

Gujarat, Uttar Pradesh were the Partner States with big pavilions. Chhattisgarh, Himachal Pradesh, Madhya Pradesh, Meghalaya and Puducherry were the Feature States and showcased their best at the TTF. Host states Andhra Pradesh and Telangana offered their full support. Private sector participants from all over India also joined us at the show.

The show had participation from leading outbound exhibitors like Jazeera Airways and leading hospitality chains.

TTF Hyderabad also had a sizeable participation from abroad including from Nepal, Thailand, Turkey and UAE, with a delegation of tour operators and hoteliers providing testimony to the unabated spirit of Indian travellers that kept thronging these destinations throughout the pandemic, as they remained open with necessary precautions in place. It also signified that short-haul destinations are becoming accessible faster to the Indian travellers, post the pandemic.

India Tourism too had a key presence at the show, showcasing all their campaigns and programmes such as ‘Azaadi Ka Amrit Mahotsav’, ‘Dekho Apna Desh’, and ‘Ek Bharat Shreshtha Bharat’.

The show was reserved for travel trade visitors on 5th July, and was open for all on 6th July.

A panel discussion by TOAT (Tour Operators Association Of Telangana) was also held on the Tourism Trends Post Pandemic and Beyond.

The travel trade showcased revival and restart in large numbers, with new as well as existing partners. Eager travellers attended the show to get the best deals and travel offers from all over India and abroad.

“Hosting TTF Hyderabad has always been a pleasure and a boost to our confidence as an industry. We have received an overwhelming response, which is a reflection of the resurrection of travel to the glory days of in-person meetings.”, said Sanjiv Agarwal, Chairman & CEO, Fairfest Media Ltd., the organisers of TTF – the oldest and largest travel tradeshow network in India. “TTF Hyderabad brought in hope and marked a very important step towards the revival of travel trade shows sans any restrictions, where tour operators and enthusiastic travellers thrived on a busy show floor. The happy, hopeful faces around us are in themselves the biggest encouragement.”, he added.

TTF is the oldest and biggest network of travel trade shows in the country, covering 9 cities annually. In addition to Hyderabad, it is organised annually in Mumbai, Delhi, Chennai, Bengaluru, Kolkata, Ahmedabad, Surat and Pune.

TTF in Hyderabad saw a fantastic response due to the apt timing, right ahead of the Dussehra and winter vacation travel seasons.