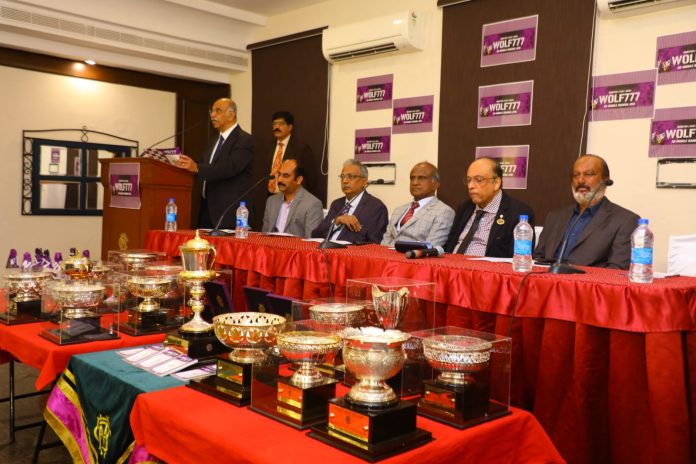 Wolf 777 will be the title sponsor for the following races to be run in the Derby Weekend, with Race Days being hosted on Friday, 13th January and Saturday, 14th January 2023, as The WOLF 777 Race Days.

CHENNAI: The Madras Race Club on the occasion of the wolf 777 south India derby stakes (grade I) is organising a weekend race at the premises.

The members of the committee on the Madras Race Club announcing the races, confirmed that the wolf 777 is to be run on January 13 with six runners.

However, the wolf 777 south India derby stakes (grade I) is to be run on January 14 with seven runners with the total stake money of around Rs 85 lakh.

And, the winning connections of the race in all is Rs 51.24 lakh.

As wolf 777 is associated with racing in Chennai, it is most anticipated by various stakeholders. The group earlier collaborated for races in Pune, Kolkata, Bangalore, including the one in Chennai, scheduled to happen.