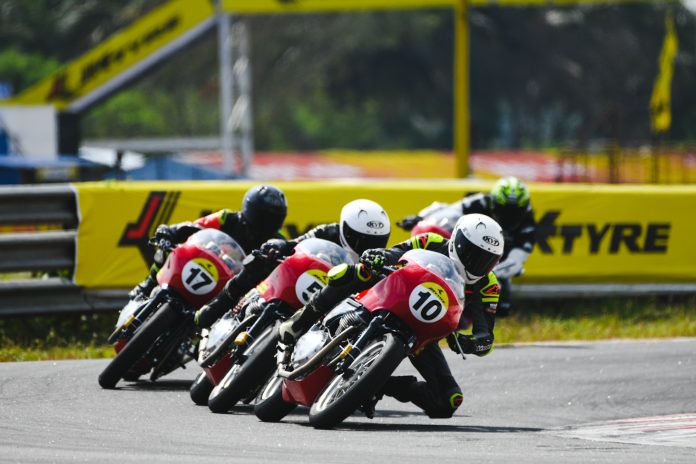 National : If you are in Coimbatore, you could hear the engines revving. For this Saturday, the city is all set to witness the Grand Finale of the country’s premier motor racing event – the 24th JK Tyre FMSCI National Racing Championship at Coimbatore’s Kari Motor Speedway, being held from February 26 to 27, 2022.

As we gear up for the weekend, it will be a sight to see if Anish Shetty will be able to maintain his dominance and ride away with the checkered flag or will Allwin Xavier be able to take over in the JK Tyre presents Royal Enfield Continental GT Cup. Will Vishnu Prasad be able to seal his National champion title yet again and enjoy his victory drink or will it be Sandeep Kumar in the Formula LGB 4 category. As for JK Tyre Novice Cup, while Ruhaan Alva is seated comfortably on the top position and has almost sealed his Championship title, a small error from his end can turn the tables around for Jaden Pariat.

The Indian make Formula LGB 4 is the most keenly contested category in the Championship history, with multiple former national champions in the fray. The seasoned & past national champions like Vishnu Prasad, Sandeep Kumar, Diljith TS, along with talented young guns Ashwin Dutta, Arya Singh, Amir Sayed make for an extremely competitive field. Amir Syed, the undisputed champion of 2020 season’s Novice Cup who is competing against his mentor Vishnu Prasad registered his first ever win the LGB 4 category in Round 2 and has been trying to keep up with his seniors on the grid. Vishnu’s experience has kept him in the lead with 50 points, however, following him closely is his Dark Don Racing’s Sandeep Kumar who is at 48 points. Arya Singh from Kolkata from Dark Don Racing has given a commanding performance and is placed at 41 points with Diljith TS tailing him at 39 points. With just 12 points separating the top 5 drivers in the overall championship standings, the 4th and final round promises loads of excitement and action. 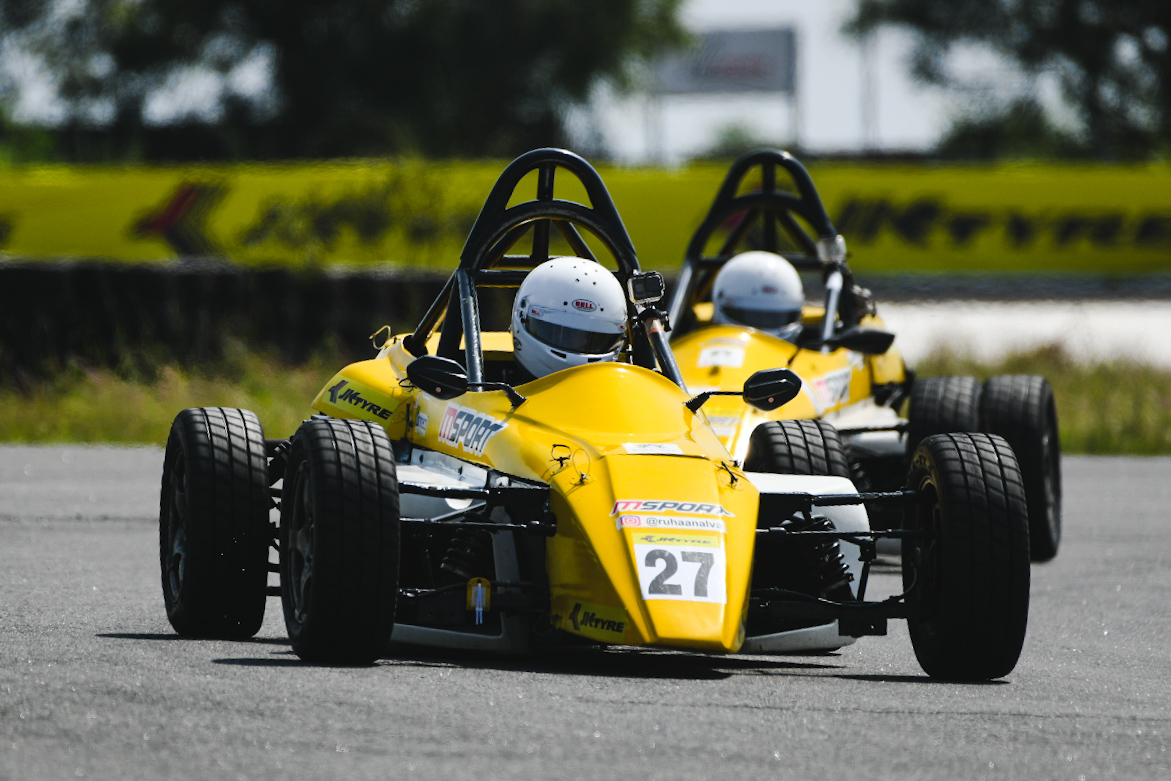 The JK Tyre Novice Cup, a category that has nurtured upcoming racers and prepared them for the rigors of single-seater Formula racing has a packed grid of over 24 young drivers from across the country – Guwahati to Hyderabad to Pondicherry, Thrissur, to Vadodara, thus making the grid truly national. Bengaluru lad Ruhaan Alva of Team MSport has shown his dominance on the track since the start of the season and is currently leading the pack with 80 points. His teammate & closest competitor Jaden Pariat from Guwahati who has been giving him a tough fight and is at 56 points after three rounds. The last three races of the Novice Cup is going down to the wire between these two as it will be interesting to watch who takes the commanding lead in the final round and walks away with the Champion trophy. Chetan Surineni of Bengaluru representing team Quest Motorsports is currently in the third place with 39 points in the overall championship points table.

In the year gone by, when the third wave of the pandemic took a pause on sport at home (India) for a while, the JK Racing event placed a premium on following all the rules and regulations. From thermal checking to sanitizing the pits regularly and use of hand sanitizers and masks, all measures will again be implemented for the Championship to be conducted in the safest environment.

With the championship on the line, racing fans are anticipating a scintillating Grand Finale over two days of thrilling bar-to-bar action. The race programme starts on Saturday and will culminate with the finale on Sunday.