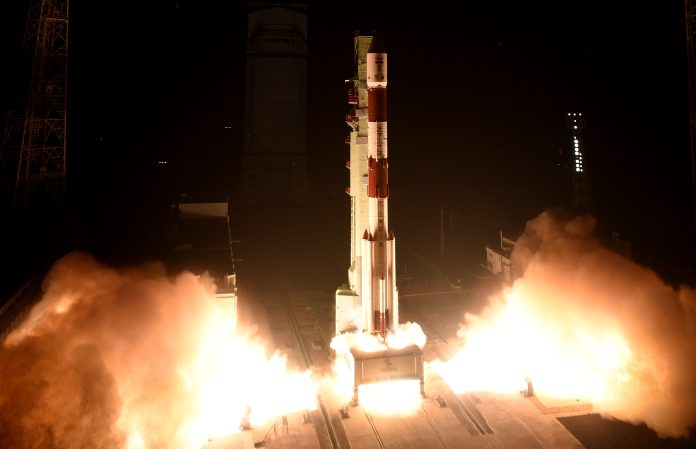 Chennai: Marking the first launch mission of the year 2022, Indian Space Research Organisation’s earth observation satellite EOS-04 and two small satellites were successfully placed into the intended orbit by the PSLV-C52 rocket on Monday, a feat described by the ISRO as a ”marvellous accomplishment”. 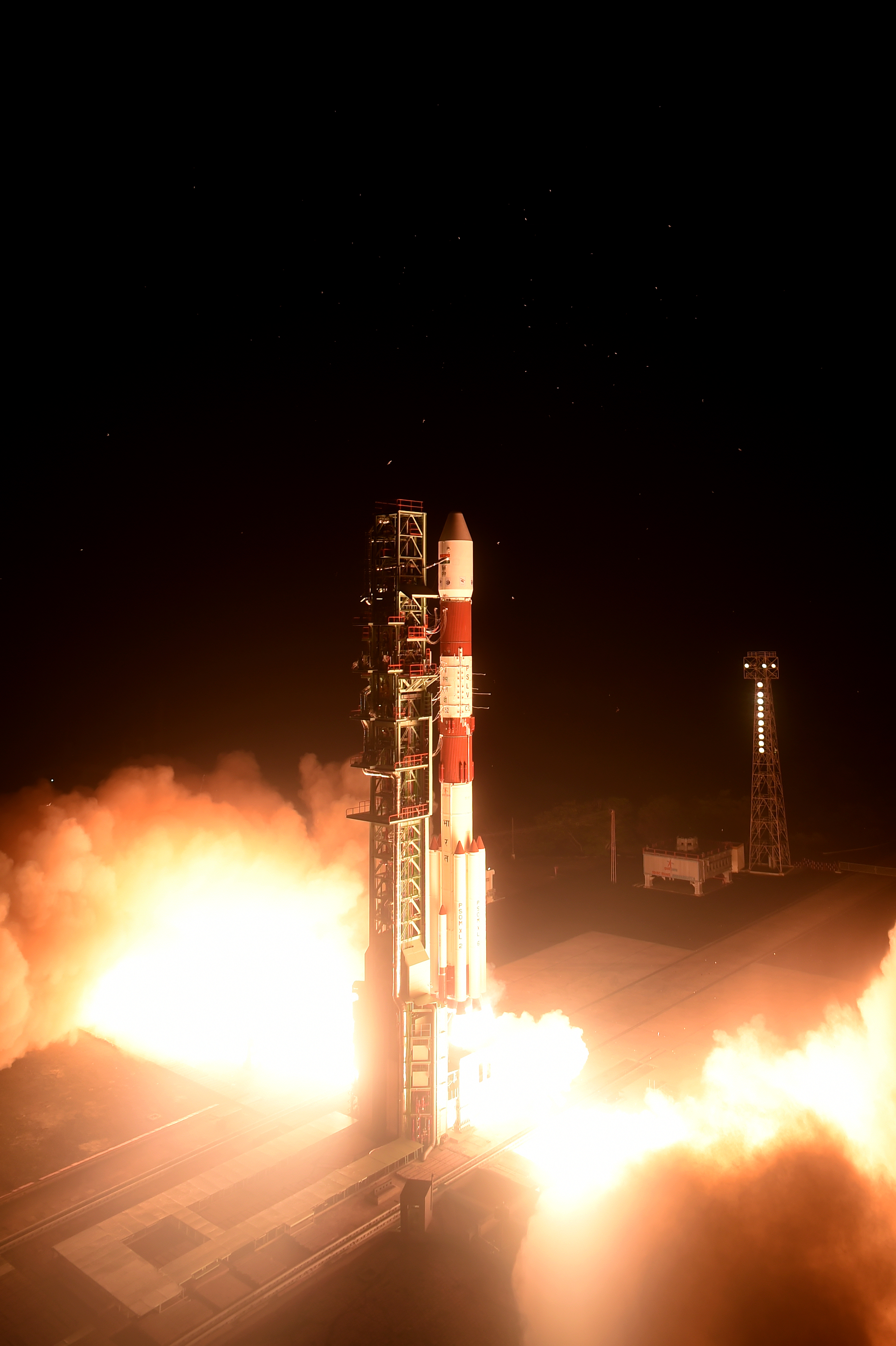 Following a smooth countdown of 25 hrs 30 minutes, the space agency’s workhorse launch vehicle, PSLV, placed the three satellites into the intended orbit, after blasting off at 5.59 AM from here amid dark, early morning skies, drawing instant cheers and applause from the scientists who were closely monitoring the year’s maiden mission.

It said after a flight of about 17 minutes, 34 seconds three satellites namely EOS-04, INSPIREsat-1 and INST-2TD were injected successfully into a sun-synchronous polar orbit of 529 km, and the orbit achieved for the satellites is ”very close” to the intended orbits. 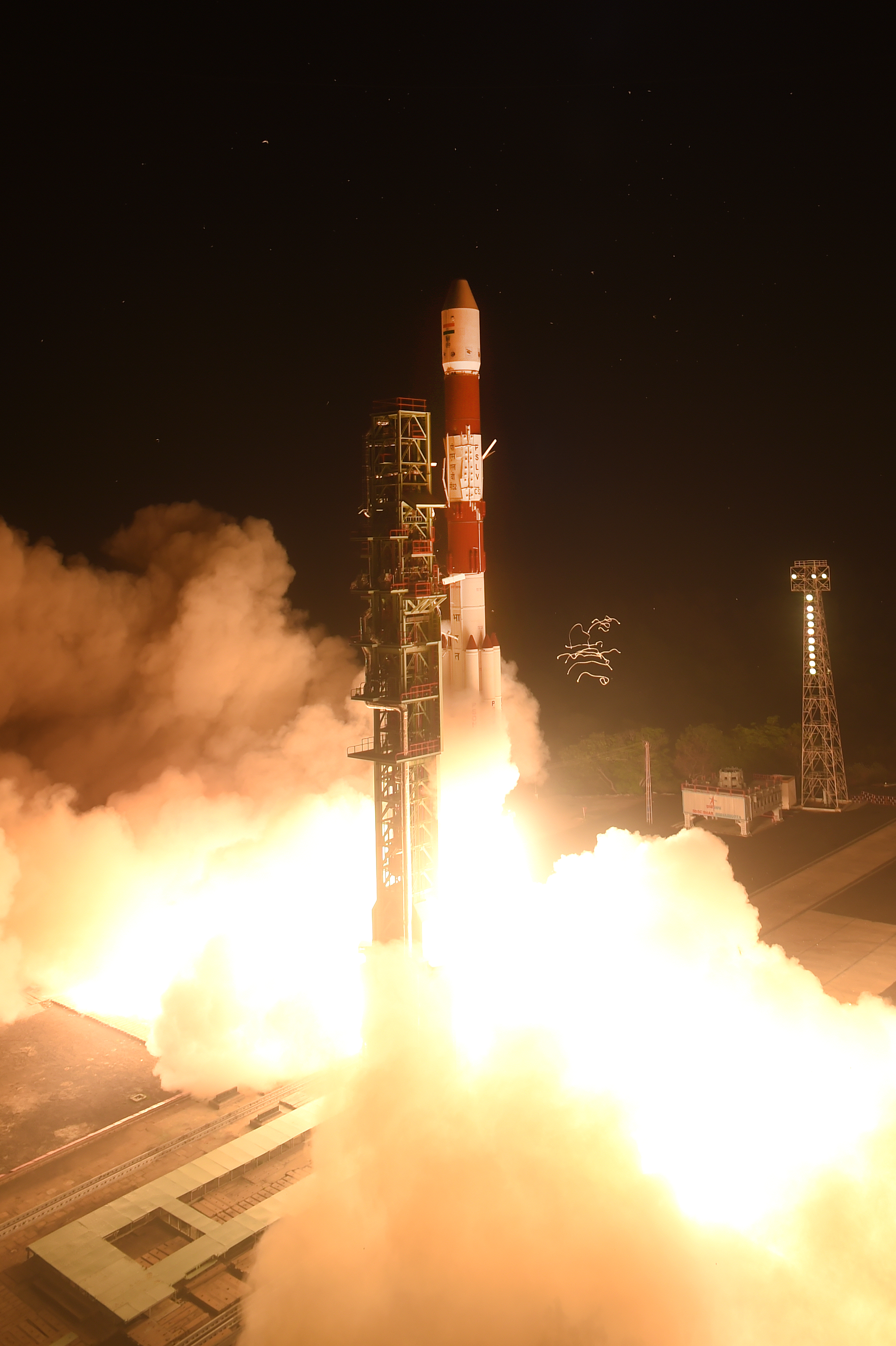 After separation, the two solar arrays of EOS-04 deployed automatically and ISRO Telemetry Tracking and Command Network (ISTRAC) at Bengaluru, assumed the control of the satellite, it said, adding that, in the coming days the satellite will be brought to its final operational configuration following which it will begin to provide the data.

”The mission of PSLV-C52/EOS-04 has been successfully accomplished. The primary satellite EOS-04 has been put into a very precise orbit by PSLV-C52, and along with that, co-passenger satellites INSPIREsat-1 and INS-2TD also have been placed into right orbit,” ISRO Chairman S Somanath said after the successful launch.

Incidentally, today’s launch also happens to be the first mission after Somanath took over as the Secretary, Department of Space and Chairman, Space Commission, recently. Thanking everyone for making the mission possible, he said, ”this spacecraft is going to be one of the biggest assets for us to serve the country.” Mission Director S R Biju said ”what we have accomplished today is really marvellous.” Satellite Director Srikanth said, the health of EOS-04 is perfectly fine, after separation, and the solar panels are deployed autonomously after injection and started generating the desired power.

”In a couple of days after calibration and braking for outgassing, the satellite will be ready to deliver the glimpse of images. The services will be an integral part of many governmental services. EOS-04 has taken a small step in the nation’s dream of opening the space sector with industry participation in the form of build to print and also assemble and test. We have fairly succeeded in our effort,” he said. 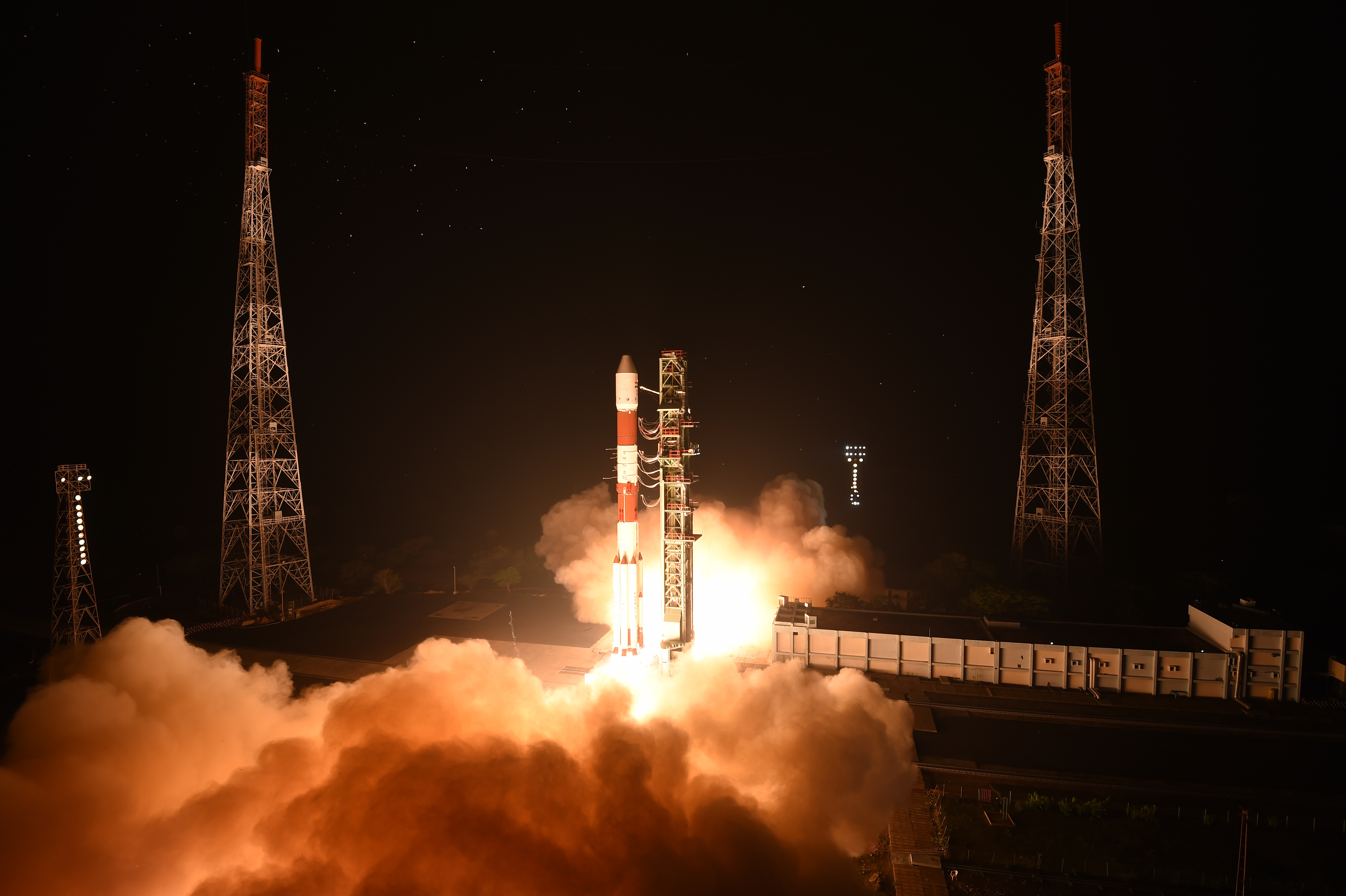 This was the 80th launch vehicle mission from SDSC SHAR, Sriharikota; 54th flight of PSLV; and the 23rd flight of PSLV in XL configuration (6 strap-on motors).

EOS-04, weighing 1,710 kg and with a mission life of ten years, is a Radar Imaging Satellite designed to provide high quality images under all weather conditions for applications such as Agriculture, Forestry and Plantations, Soil Moisture and Hydrology and Flood mapping.

Co-passenger satellites INSPIREsat-1 and INS-2TD were successfully separated from the PSLV in a predetermined sequence.

INSPIREsat-1 is from Indian Institute of Space Science and Technology (IIST) in association with Laboratory of Atmospheric and Space Physics at University of Colorado Boulder, while INS-2TD is a technology demonstrator satellite from ISRO. This is a precursor to the India-Bhutan Joint Satellite (INS-2B).

Two scientific payloads on INSPIREsat-1, with a mass of 8.1 kg and mission life of one year, are aimed at improving the understanding of ionosphere dynamics and the sun’s coronal heating processes.