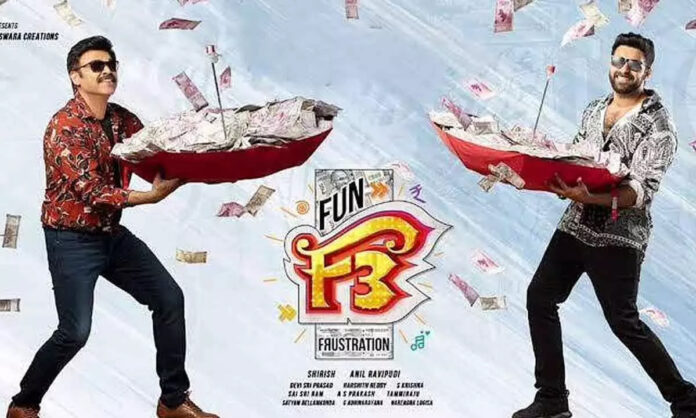 Having been in the industry for more than a decade, Victory Venkatesh is one of the most bankable stars in Tollywood. The senior Telugu actor enjoys a massive fan following in different parts of the country.

Directed by Anil Ravipudi, the full-length comic entertainer has Tamannaah and Mehreen playing the female lead roles while Rock star Devi Sri Prasad provides the music. Presented by Dil Raju, Sirish is producing this ambitious film under the banner of Sri Venkateswara Creations. The censor board passed the movie with a clean U certificate with no cuts.

Currently, Venkatesh is awaiting the release of much-awaited film F3.

It is a sequel to the blockbuster hit F2 which was released in 2019.

Ahead of the release, music director DSP interacted with the media and shared some details about the movie.

When asked how entertaining F3 is going to be, DSP said, “I can guarantee that F3 will make the audience laugh completely. Anil Ravipudi wrote and shot wonderfully. I watched the movie, and it made me laugh till my stomach ached. There is such a healthy sense of humour in F3. Audiences from all walks of life will get entertained cosily.”

“Working with director Anil Ravipudi will not be stressful. It’s like watching a movie when he says the script. There are more situational songs when it comes to F2. In F3, we did songs that were not only situational but also generally connected,” he added.

Mean while The latest news we hear is that Venkatesh is said to have charged triple remuneration for F3.

He is said to have charged Rs 15 cr for the film. However, there’s no official confirmation regarding the same.