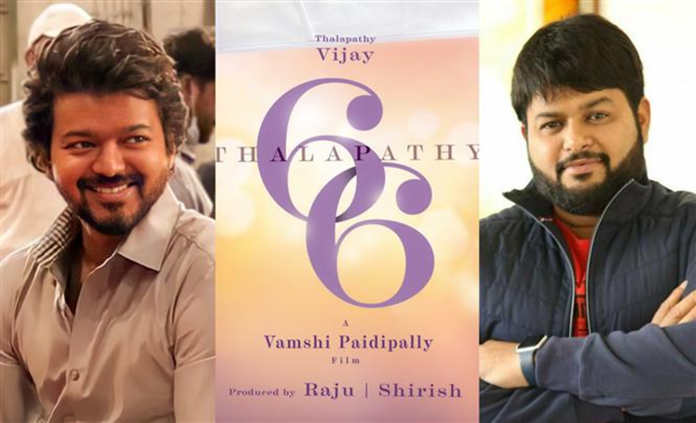 If the latest reports are to be believed, S Thaman, who has been in red-hot form of late has been roped in for Tamil superstar Thalapathy Vijay’s Thalapathy66.

Apparently, the makers of Thalapathy66 have bought Thaman onboard to compose the soundtrack for the film. The same will be made official very soon.

Thalapathy66 will be helmed by Vamshi Paidipally and it will mark the debut of Vijay in the straight Telugu market.

There are rumors that Rashmika Mandanna has been roped in for one of the female lead roles in the film. The project will also have several noted South Indian actors associated with the same.

As for Thaman, this will be his first collaboration with Vijay. Dil Raju is funding the project and more details about the same will be out soon.