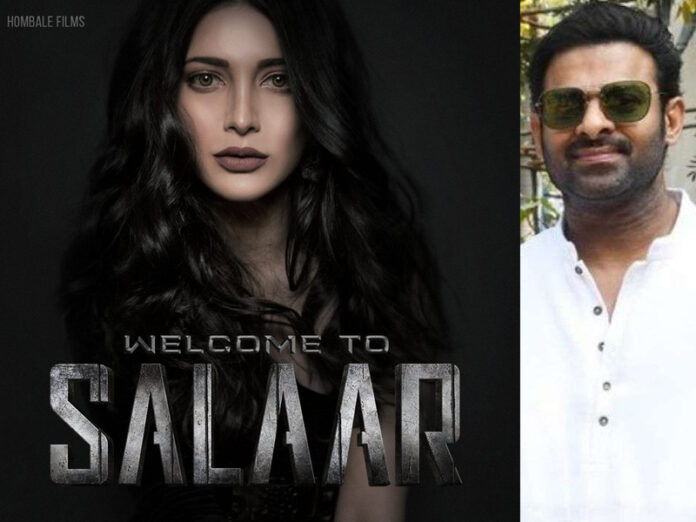 Shruti Haasan about working with Prabhas in Salaar

Shruti Haasan made her comeback with Ravi Teja’s Krack and she is busy shooting for three big-budget films. The actress says that she is bowled out with the simplicity of Prabhas. The actress said that she was quite formal during the initial days of shoot. “It took some time for me to know the team of Salaar.

Prabhas is very friendly on the sets and he is chilled out. He shows his love for food by arranging the food for the entire team. He feeds the team with so much love. This is the best quality of Prabhas that I observed” told Shruti Haasan.

The actress also said that she was extremely impressed with the vision of Salaar director Prashanth Neel. The film is expected to hit the screens next year in summer. Shruti Haasan is also shooting for Megastar Chiranjeevi’s next film directed by Bobby.

The actress is also the leading lady in Nandamuri Balakrishna’s mass entertainer directed by Gopichand Malineni. Shruti says that she has several other projects in discussion stages and they would be announced at the right time.