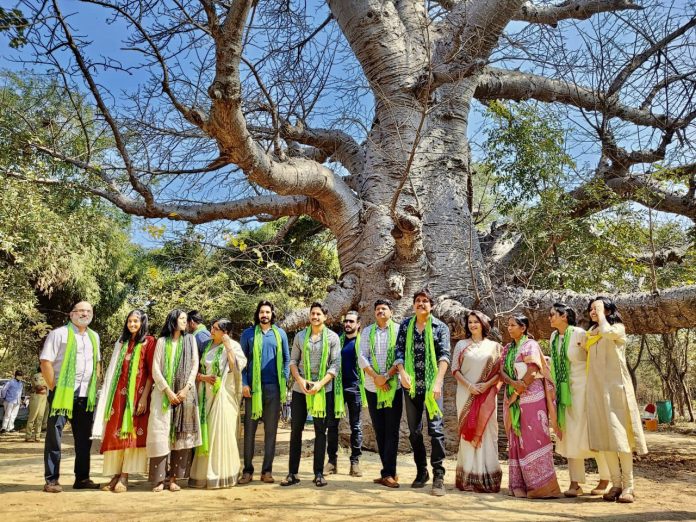 As promised, Nagarjuna adopted 1,080 acres of forest land in Chengicherla, Telangana’s Medachal district. He attended the foundation laying event with his wife, Amala Akkineni, son, Naga Chaitanya, and other family members. The forest will be turned into an urban forest park in honour of Nagarjuna’s father, Akkineni Nageswara Rao, according to sources. Nagarjuna’s action was well received by the internet community. 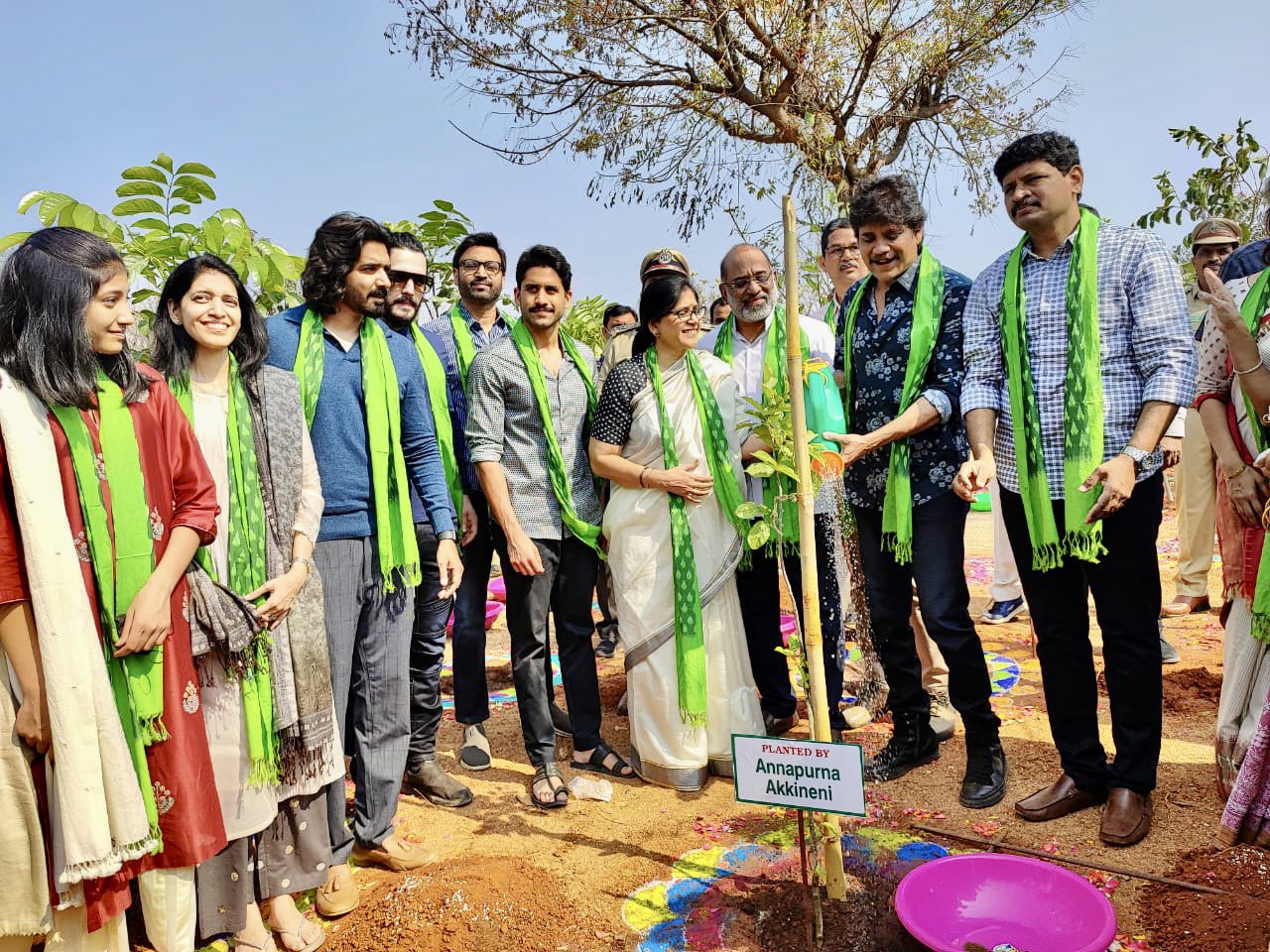 In Bigg Boss Telugu in December 2021, Nagarjuna said that he would adopt over 1,000 acres of forest. He also encouraged everyone to plant three seedlings to bid farewell to 2021. Santosh Kumar, a member of the Rajya Sabha, was one of the main guests on Bigg Boss Telugu.

Today, February 17, Nagarjuna fulfilled his commitment by adopting 1,080 acres of forest land and laying the foundation stone for an urban park. His wife Amala, son Naga Chaitanya, Sushanth, and numerous others accompanied him.

Nagarjuna announced the same and wrote, “Many happy returns of the day to chief minister KCR Garu! Happy to announce the adoption and laying the foundation for the ANR URBAN PARK in Chengicherla forest area by the Akkineni family. Thanks to #kcr garu and @MPsantoshtrs for this opportunity #greenindiachallenge #HBDKCR (sic).” 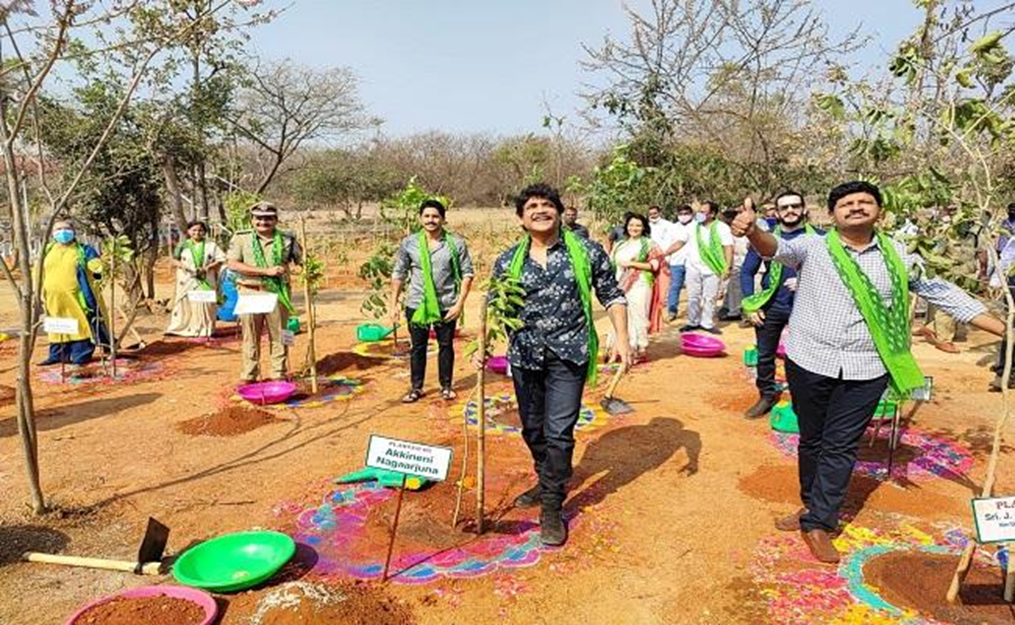 As part of the Green India Challenge, Nagarjuna, Naga Chaitanya, Sushanth, and others planted tree saplings.

Naga Chaitanya and Nagarjuna last appeared in Bangarraju, a sequel to Soggade Chinni Nayana. On the occasion of Sankranti, the film was released in theatres. Meanwhile, he’s working on his next project.

Naga Chaitanya is now awaiting the release of filmmaker Vikram Kumar’s Thank You, which is set to hit theatres later this year.