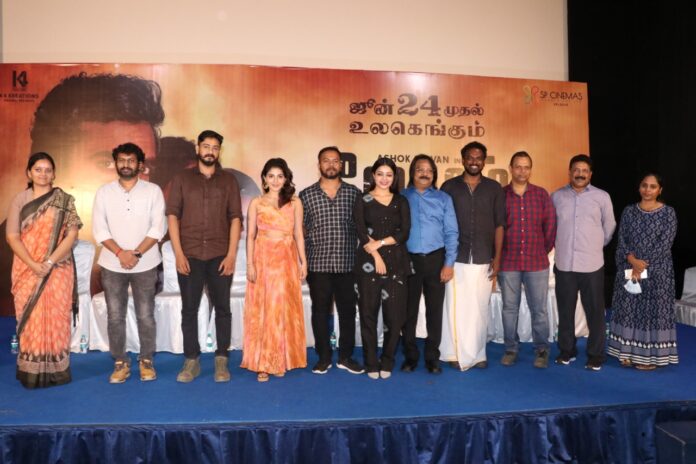 K4 Creations Producer Keseven presents Vezham starring Ashok Selvan, Janani and Aishwarya Menon in the lead roles is gearing up for worldwide theatrical release by SP Cinemas on June 24, 2022. Marking this occasion of release, the cast and crew of this movie interacted with press and media fraternity.

Here are some of the excerpts from the event…

Lyricist Deepika said, “Sandeep is my close friend from school days, and its great that he gave me an opportunity to write lyrics for a song in this movie. Music director Jhanu Chandar is our classmate as well. Its been a wonderful experience working in this movie. I thank Producer Keseven sir for giving this opportunity.”

Actor Shaam Sundar said, “I have played a character named Francis. I have worked with director Sandeep in few short films and I relentlessly kept requesting him to offer me a role in his full length feature movie. I thank Producer Keseven for giving this chance to a newcomer like me. I thank my co-stars Janani Iyer, Aishwarya for being so supportive. The film has come out very well and it will engross the audiences.”

Music Director Jhanu Chandar said, ” I have played guitars for movies like Bairavaa and Kaala. I thank Sandeep for giving opportunity to compose music for this film. I am in awe of the stellar performances by the actors. Ashok Selvan, Janani and Aishwarya together for delivered an impeccable performance. I thank Producer Keseven sir for making me a part of this movie. There was good scope for me to perform in both songs and BGM. Vezham will be a good movie that everyone will enjoy watching it.”

Sundar, SP Cinemas said, “SP Cinemas has always found good support from media, press and audiences for all the movies. I can assure that Vezham will be a good movie that audiences can enjoy in the theaters from June 24.” 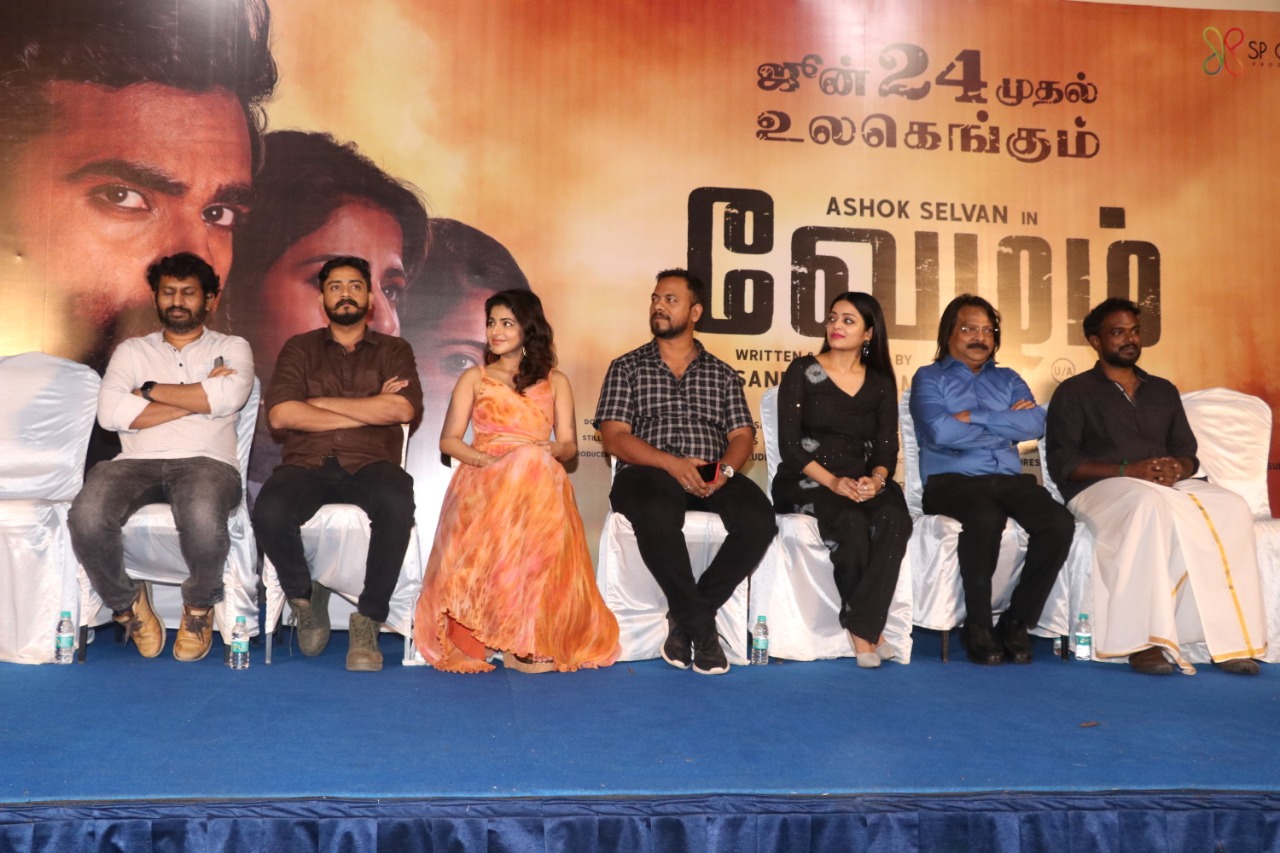 Actress Aishwarya Menon said, “I thank Sandeep Shaam for making me a part of this movie. I play the role called Leena, and it’s an intense character. I thank Producer Keseven for being so great and supportive for this project. This is second time, we are seeing him. Last time we saw him was before the commencement of shooting. Ashok Selvan is a brilliant actor and hope everyone likes our chemistry. I don’t have portions with Janani, but she is a great and sweet person. Director is a perfectionist and he has made this movie excellently. The movie is an intense psychological thriller and that demands for a great technical team, which has been very delivered brilliantly.”

Actress Janani said, “Usually there is an insecurity and a sense of doubt for the actors while working with a newcomer. However, director Sandeep Shyam is an exception for an extraordinary work. Ashok and I together have worked in Thegidi and we are collaborating together again for this movie. I have seen few clippings from the movie and it has come out very well. Usually there is a misconception that two actresses working together in a project will have cold vibes, but this is untrue. Both myself and Aishwarya share a wonderful rapport and friendship. Musical score by Jhanu is the biggest strength for this movie. I am glad that i have a good song from him. I thank Producer Keseven sir for a wonderful support. Vezham is releasing on June 24 and I am confident that everyone will like this movie.”

Director Sandeep Shyam said, “I have been lucky to get a producer like Keseven sir, who realized my passion for direction. I have done few ad films for him and its great to see that he has came forward to produce this movie. SP Cinemas is the greatest strength for all of us in this movie for getting a greater release. Ashok had to exert a lot of effort for this project as he plays a character with multiple roles. Its very evident with the trailer that he has given a good spell in acting. Janani has delivered a fabulous work for this movie. Aishwarya is an intense actress and her performance is colossal in this movie. Music Director Jhanu is my classmate and it’s great that we are collaborating for a project. Editor has been a great support and Cinematography is the biggest pillar. I hope and feel confident that everyone will like this movie. I request you all to support this movie.”

Producer Keseven, K4 Creations said, “This is an emotional moment for me. I am really happy to see that everyone has exerted their complete support towards this project. Today to see them getting excited looking at their performances and works in the trailer and songs endows with lots of exhilarations. I thank the entire team for helping me in shaping this project. I have gained a lot of good experience working with them. I thank SP Cinemas for making this movie find a bigger release. K4 Creations will continue to make more good films in the future. I request everyone to support this movie and make it a success.”