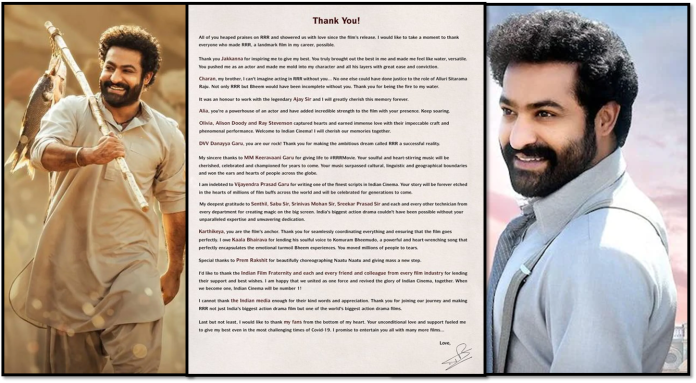 Jr NTR, who essayed the dynamic Komaram Bheem in S.S. Rajamouli’s epic ‘RRR’, took to his social media to express his gratitude for the praise coming his way.

The actor who penned a lengthy note thanked everyone name by name, expressing how overwhelming it is, to be a part of such a mammoth project. Quoting his press note, Jr NTR shared, “I am touched beyond words”. 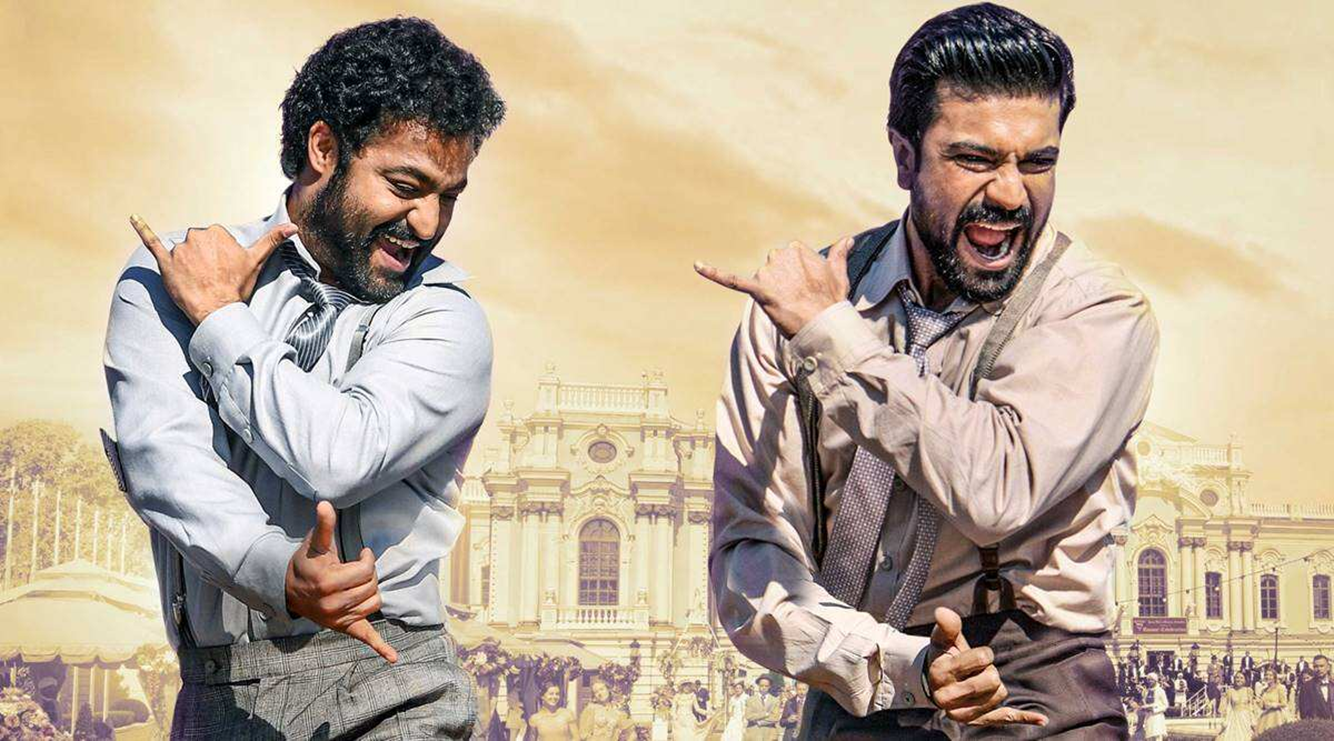 “Thank You! All of you heaped praises on RRR and showered us with love since the film’s release. I would like to take a moment to thank everyone who made RRR, a landmark film in my career, possible”, NTR wrote.

The ‘Simhadri’ actor conveyed to Rajamouli, “Thank you Jakkanna for inspiring me to give my best. You truly brought out the best in me and made me feel like water, versatile. You pushed me as an actor and made me mould into my character and all his layers with great ease and conviction.” 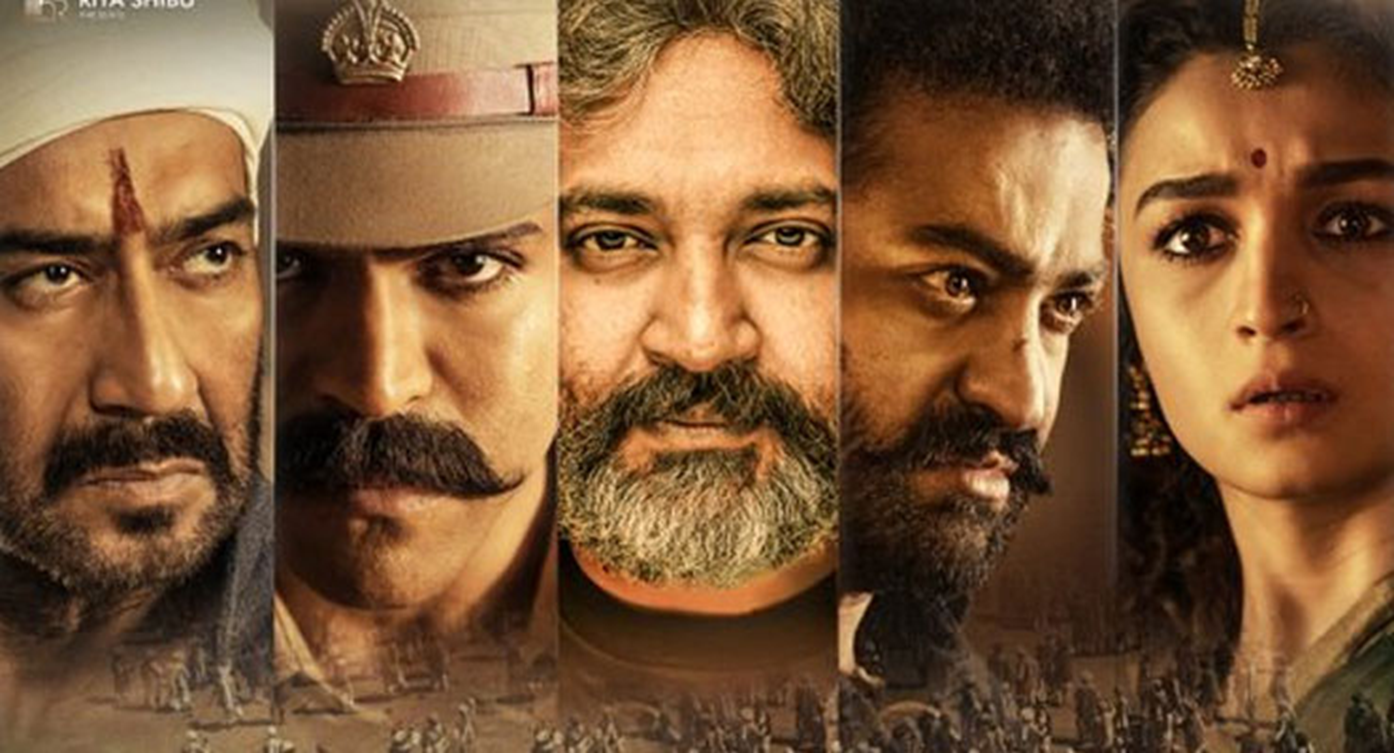 Thanking his co-actor, Ram Charan, NTR wrote, “Charan, my brother, I can’t imagine acting in RRR without you. No one else could have done justice to the role of Alluri. Not only RRR but Bheem would have been incomplete without you. Thank you for being the fire to my water.” 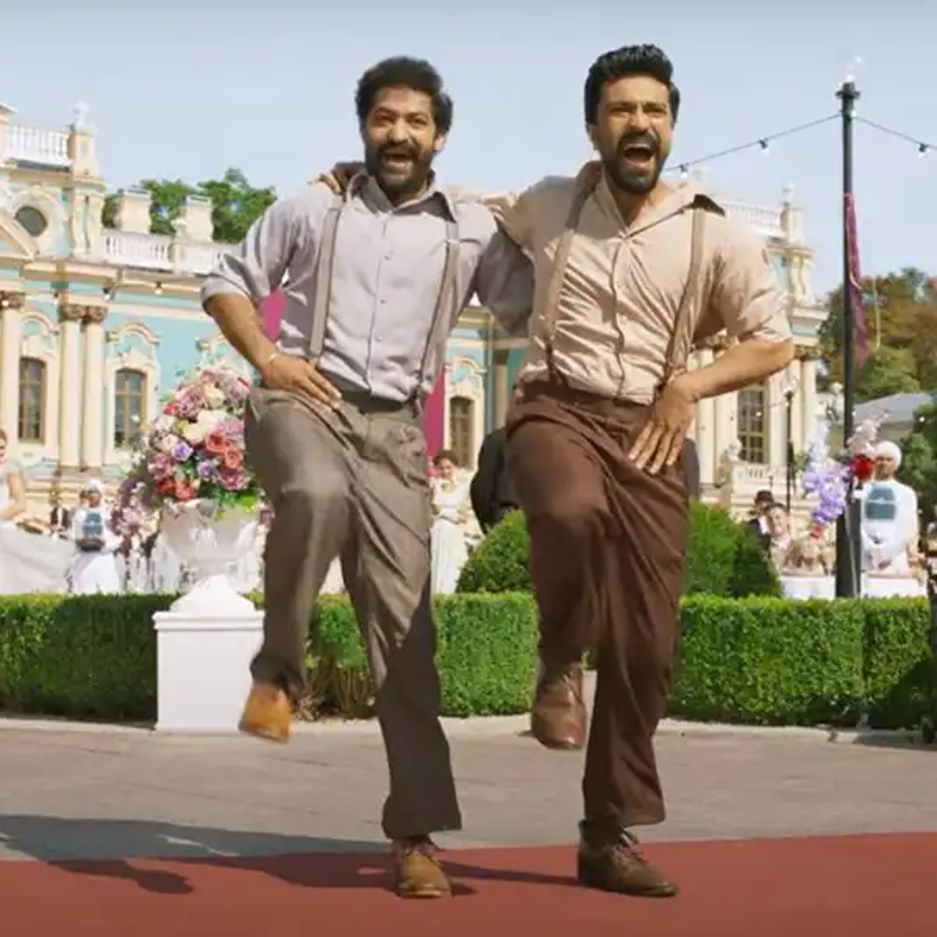 NTR’s special note to the Indian film fraternity is heart warming, as he also thanks the Indian media for the unlimited support. 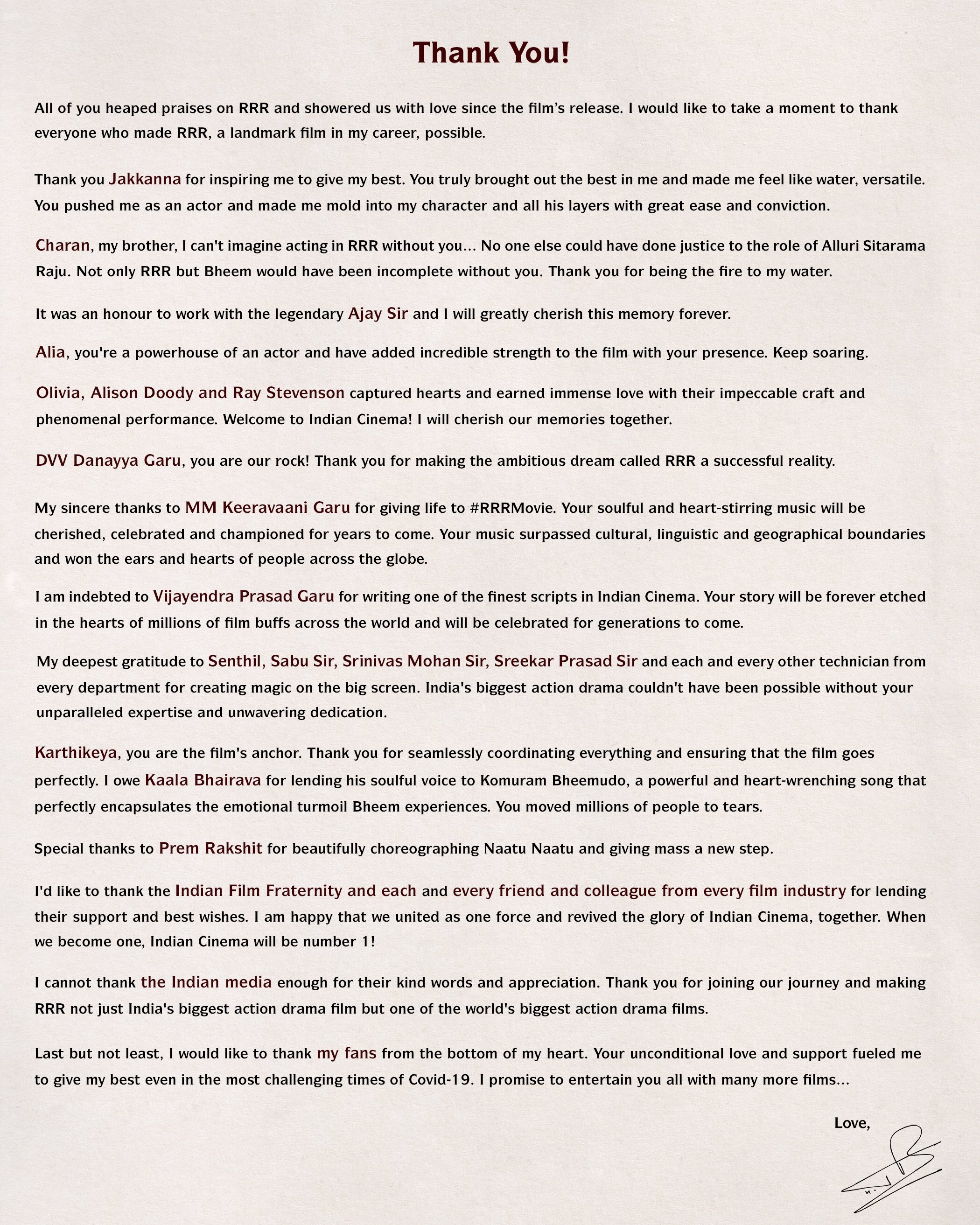