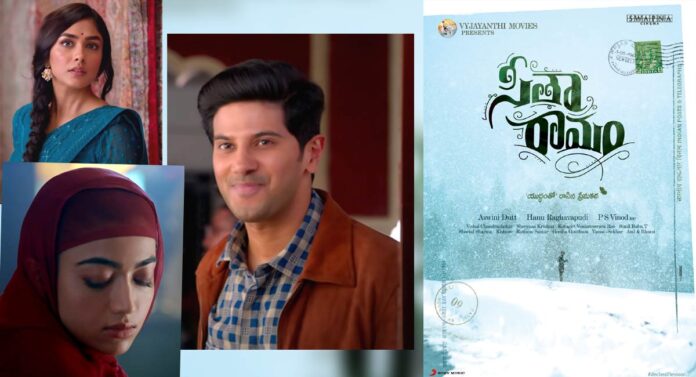 Malayalam star Dulquer Salman is all set to make his Tollywood debut under Hanu Raghavapudi’s direction.

The producers of the movie have now made the title announcement on the occasion of Rama Navami.

Billed as a story related to war, the movie is titled ‘Sita Ramam’. Dulquer is said to be essaying the role of a soldier, while his love story will be depicted in a beautiful way in the movie.

The producers of ‘Sita Ramam’ released a video, which features Sumanth’s voiceover, while Rashmika Mandanna’s role in the title glimpse is introduced as a character with shades of Lord Hanuman, who helps Rama to bring back Sita in the Ramayana.

Mrunalini Thakur and Rashmika Mandanna are the female leads in the movie, while it also stars Gautham Menon, Prakash Raj, Sumanth, and others in crucial roles.