Ravi Teja is currently doing ‘Ravanasura’ and ‘Dhamaka’. The latter is directed by Trinadha Rao Nakkina and the film’s new schedule has begun in Hyderabad. The makers on Friday said that the ongoing schedule is going to see action scenes being shot on the ‘Khiladi’ actor.

Stunt directors Ram-Lakshman are choreographing adrenaline-pumping action sequences in an enormous set on Ravi Teja and a group of fighters in a series of images released by the team. 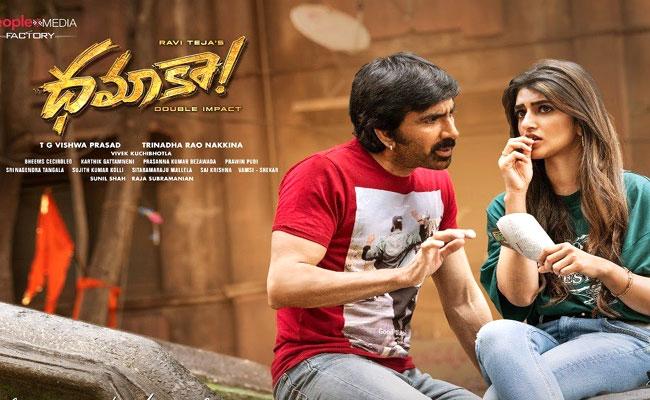 The producer TG Vishwa Prasad shares, “This high-octane action block is crucial for the film and a huge set was erected without compromising on budget. It is going to be a feast for the masses and action junkies.”

Since the action blocks are quite crucial for the film, the set has been put up by spending a bomb. This shows that the producers are not compromising on quality to ensure the maximum visual impact.

People’s Media Factory and Abhishek Aggarwal Arts recently roped in ‘Pelli SandaD’ actress Sreeleela for a comical role. She is the female lead. With the story by Prasanna Kumar Bezawada, the film has music by Bheems Ceciroleo.

Mass Maharaja @RaviTeja_offl😎#Dhamaka Shoot going on at a rapid pace🔥