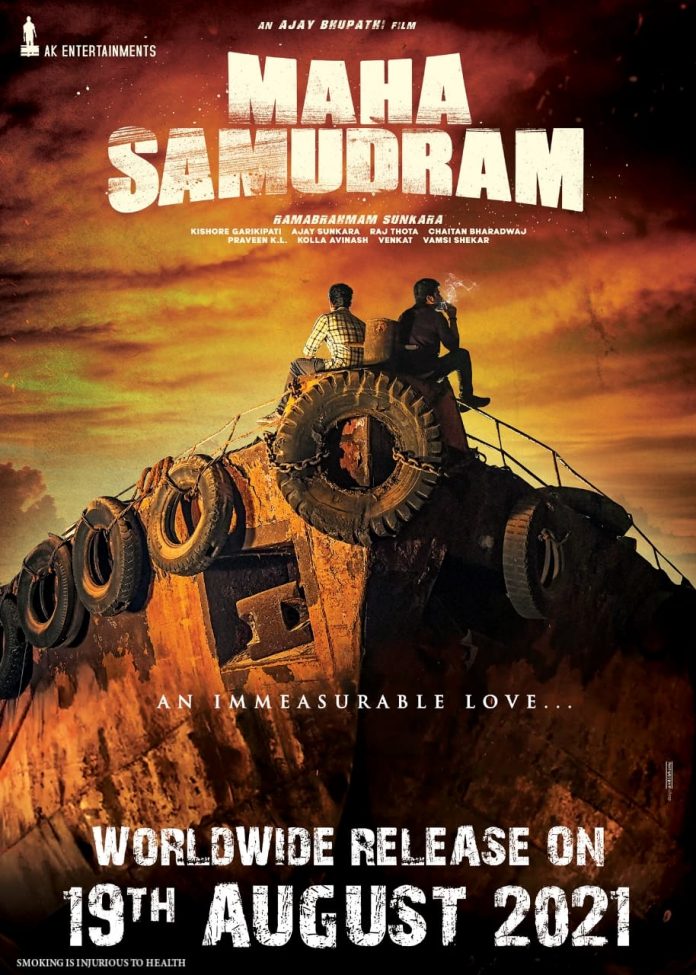 Maha Samudram starring Sharwanand and Siddharth is most ambitious project for director Ajay Bhupathi who is making sure every announcement regarding the project will be a sensation.

The theme poster of the film was released for Diwali to thumping response.

Today, the team has announced release date of Maha Samudram. It will release worldwide on 19th August.

In this intriguing poster, Sharwanand and Siddharth are seen sitting on a boat and smoking cigarette.

Tipped to be an intense love and action drama, Sunkara Ramabrahmam bankrolls the film under AK Entertainments banner.

Aditi Rao Hydari and Anu Emmanuel are the female leads in the film.

Raj Thota cranks the camera, while Chaitan Bharadwaj renders the soundtracks and Praveen KL is the editor. Kolla Avinash is the production designer.