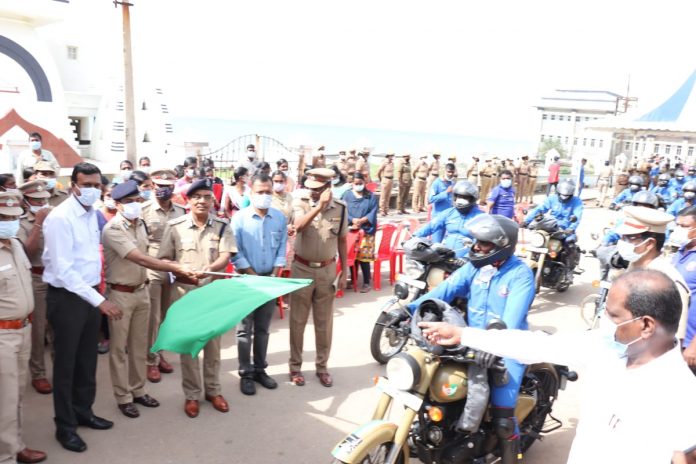 ‘National Unity Day’ Royal Enfield Motorcycle Ride flagged off from Kanyakumari (Tamil Nadu) to Kevadia (Gujarat) to celebrate the birth anniversary of Sardar Vallabhbhai Patel
The birth anniversary of Sardar Vallabhbhai Patel, whose commitment to national integration in the Independent India was total and uncompromising, earning him the sobriquet, Iron Man of India is celebrated as National Unity Day (Rasthriya Ekta Diwas) every year on 31st October. As a part of National Unity Day celebrations of this year, on the direction of the Central. Government, it has been decided to organize Motorcycle rally by the Police Forces of the States from the four directions of India i.e., Jammu & Kashmir, Tamilnadu, Gujarat and Tripura from their respective states to the Statue of Unity situated at the bank of river Narmadha in Kevedia District, Gujarat. In this connection, Tamilnadu Police organized a bike rally contingent comprising of 25 riders and 16 supporting staff headed by Deputy Commandant Tr.D.Kumar, commences from Mahatma Gandhi Mandapam, Kanyakumari travelling across 2085 kms through districts of Kanyakumari, Dindugul, Hosur, Chitradurga, Hubli, Kolhapur, Pune, Thane, Surat and Narmada over 10 days to culminate at Kevadia (Statue of Unity) on 24th October 2021 and participates in the “Rashtriya Ekta Diwas” Celebrations to be held on 31.10.2021. As per the instructions of the Tamilnadu Government and the DGP HOPF, Tamilnadu, today (15.10.2021) Tr.Abhay Kumar Singh, IPS., Additional Director General of Police, Armed Police, Chennai flagged off the prestigious rally. Tr.Praveen Kumar Abhinapu, IPS., DIG, Tirunelveli, Tr.M.Arvind, IAS.. District Collector, Kanyakumari and Tr.Maheswaran, incharge SP, Kanyakumari District and Tr.R.Antony Johnson Jeyapaul, Commandant, TSP II Battalion also attended the function and congratulated the participants. On behalf of Tamil Nadu, we thank Royal Enfield, Executive Director, Mr. B.Govindarajan and their management for supporting the TN police team with motorcycles, riding gears and all necessary assistance for the motorcycle rally. The company has supported the rally with the most popular Royal Enfield Classic 350 motorcycles and special training on safe riding was provided to the team by Royal Enfield. 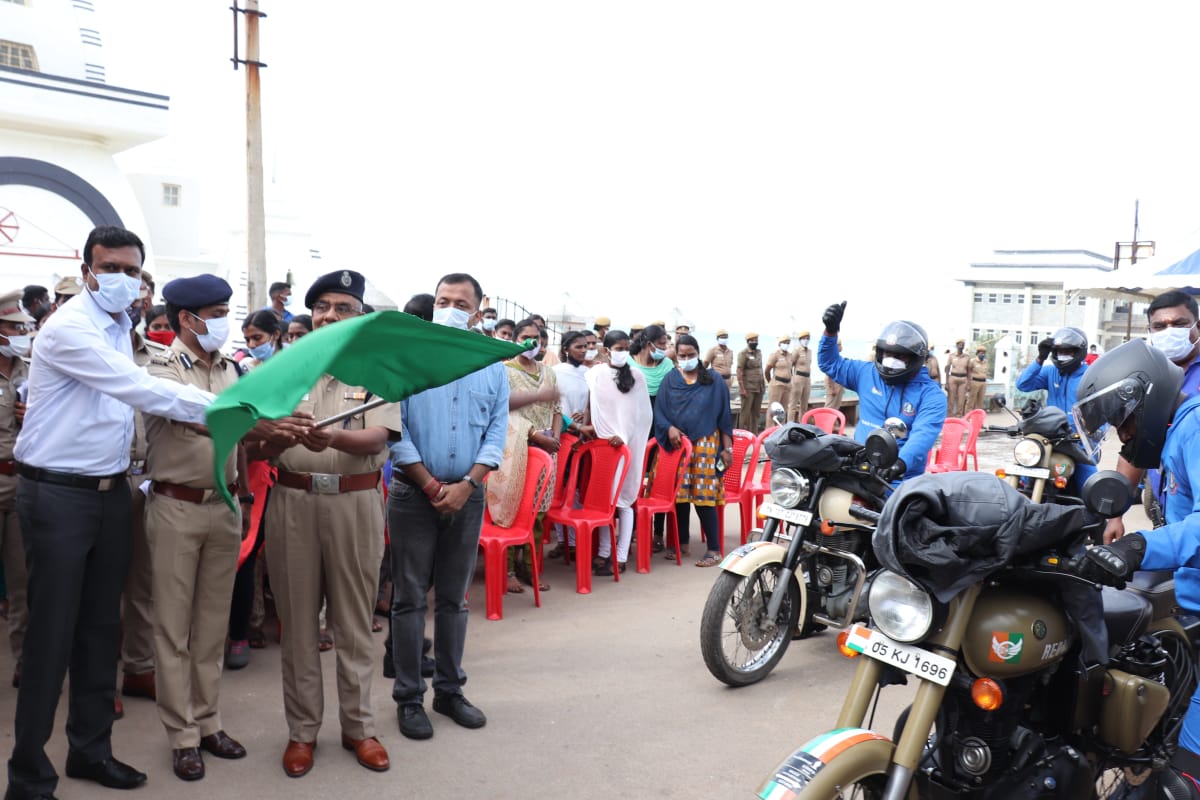